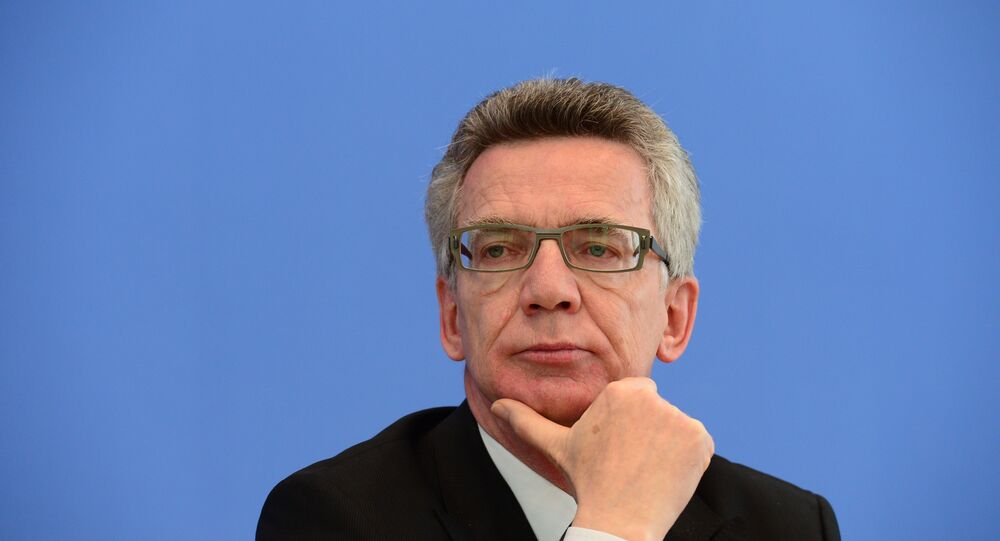 According to media reports, German Interior Minister Thomas de Maiziere denied Wednesday that he had been aware of the US intelligence agency NSA spying on European firms.

© AP Photo
Merkel Says Germany in Discussions With US Over NSA Surveillance
MOSCOW (Sputnik) – German Interior Minister Thomas de Maiziere denied Wednesday that he had been aware of the US intelligence agency NSA spying on European firms, local media said.

"As a minister at the Chancellor's Office in 2008, I had no knowledge of search terms from the US side, selectors or other means of industrial espionage in Germany," de Maiziere told reporters in Berlin after a grilling he was given behind closed doors by a parliamentary committee probing the NSA snooping scandal.

De Maiziere, who served at that time as Chancellor Angela Merkel's chief of staff responsible for German intelligence services, stressed there never was any talk of European firms between the German intelligence agency BND and its US counterpart, the National Security Agency (NSA).

"In 2008, the talk was more about the request of the US side to expand cooperation," he said, adding that the cooperation was "problematic," so the BND declined it.

The German security chief stressed there was hence nothing to accuse him of in the NSA case. The same panel was also to hear out the incumbent chief of staff, Peter Altmaier.

The vast scale of NSA-BND illegal spying on European targets came to light after NSA's former contractor Edward Snowden exposed a massive US scheme in 2013 to eavesdrop on millions of people, including government officials, around the world.