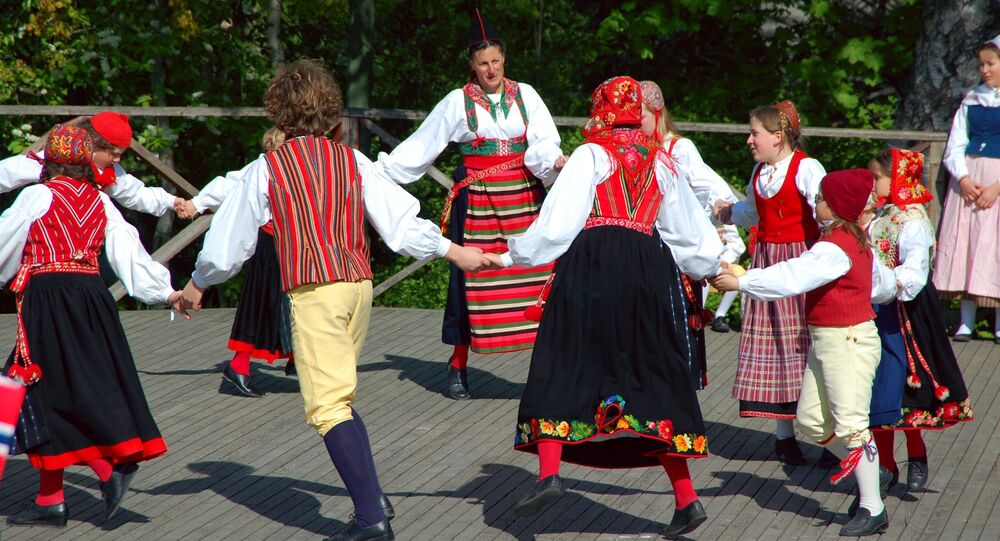 The initiative is part of an effort to save the Elfdalian language from extinction, after it emerged that less than 60 children can speak it.

© Photo : Elena Alekseeva
Stealthy Infiltration: Swedes Invade Norway Via Facebook
A rare language dating back to Viking times is set to be taught in preschool in the town of Alvdalen, an isolated rural town in central Sweden, due to fears that the language will die out, in large part due to heavy pressure from the standard Swedish, used in the school system and mass media.

Up to 2,500 people in central Sweden speak the language, which is the most archaic among the Dalecarlian group of languages to which it belongs, spoken in the Dalarna region of Sweden.

© Photo : gazprom.com
Giant Shale Gas Field Discovered in Southern Sweden
Elfdalian, whose name translates as 'River Valley' in Swedish, shares more similarities with Old Norse than other Nordic languages, and is considered by linguists to be a separate language from Swedish. In contrast to other, to some extent mutually intelligible, Scandinavian languages, it cannot be understood by anyone who has not grown up with it.

After the discovery that less 60 children currently speak the language, which was once banned in the mainstream Swedish school system, one preschool in Alvdalen is going to begin teaching the language to six-year-olds from September, who will go on to learn it until the age of 18.

Elfdalian contains archaic features shared with Old Norse such as verb conjugation, syllable structure, and a number of Nordic words that have been lost in standard Swedish, experts say, as well as specifically Dalecarlian or Elfdalian words and features which render the language unintelligible to outsiders.

The new policy coincides with a conference on the Elfdalian language, organized by the University of Copenhagen and taking place in the town of Alvdalen. Conference organizer Bjarne Simmelkjær Sandsgaard Hansen told the Danish newspaper Politiken newspaper that: "Elfdalian is a goldmine. It works almost like a linguistic deep freeze, where one can get a glimpse of Old Norse traits that have long since vanished in the other Nordic languages."