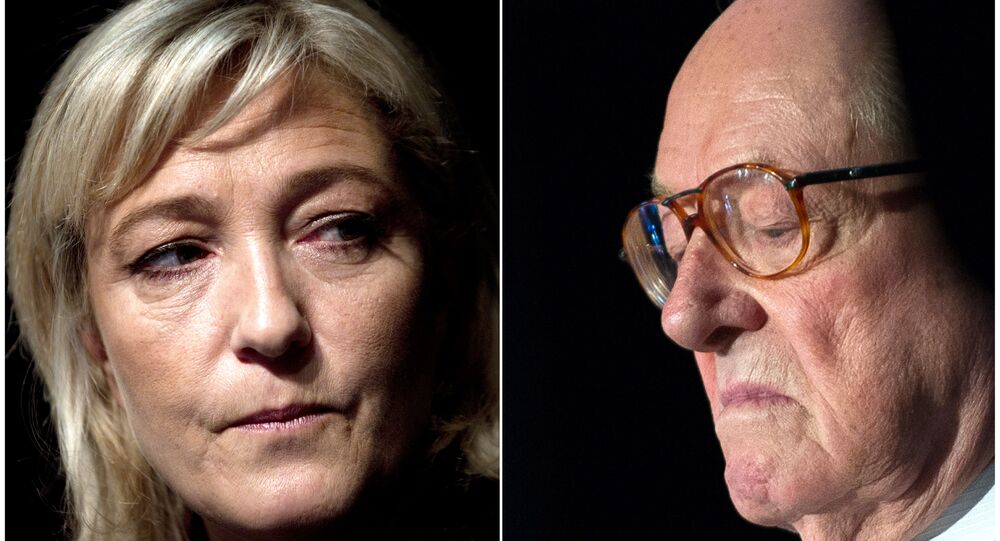 The war of words between Marine Le Pen, leader of the French far-right political group Front National (FN), and her father, has soured even further after Jean-Marie Le Pen publicly disowned his daughter and told her to change her name following his suspension from the party.

The outburst came after Le Pen senior, co-founder of the FN, was suspended from the party following comments he made that belittled the impact of the holocaust and defended the actions of France's Vichy government which collaborated with the Nazis in World War Two.

Last month, the 86-year-old repeated previous statements about the use of gas chambers by Nazi forces, saying it was merely a "detail of the history of the Second World War," which triggered a public spat between the father and daughter.

The comments are seen as acting at odds with the efforts of current leader Marine Le Pen, who is actively undertaking a drive to "detoxify" the party from its racist, anti-Semitic perceptions of the past.

"I'm Ashamed She Bears My Name"

Following the news that he had been suspended from the party and told that he may be potentially stripped of his role as honorary president, Jean-Marie told radio Europe 1 that he was enraged by his daughter's actions.

"I'm ashamed that the president of the Front National bears my name. I hope she gets rid of it as fast as possible," he said.

"I don't want the head of the Front National to be called Le Pen," he added while saying he had completely disowned Marine as his daughter and intended to continue his career in politics.

"I don't recognize any link to someone who treats me in such a scandalous way."

FN: Being Brought Down From the Inside?

The controversial comments, and subsequent row between the Le Pens has only attracted unwanted attention to the party ahead of France's 2017 presidential election.

Some polls have suggested that FN could beat one of the country's mainstream parties and make it into the second round of the election. However, a bitter Jean-Marie Le Pen said he would not back his daughter when asked if he would support her in the upcoming election.

"No, because if someone with her moral principles led France it would be scandalous," he said, adding that he believed Marine was "stabbing" him in the back.

The most recent spat is the latest in a number of conflicts between Marine and Jean-Marie Le Pen in recent times, which also included Le Pen senior storming the stage of the party's annual May Day rally as an uninvited guest, just as his daughter was about to make a speech.

Current FN leader Marine Le Pen said her father was in "provocation" mode and was purposely acting maliciously towards her.

"I get the feeling that he can't stand the fact that the FN continues to exist when he no longer heads it."