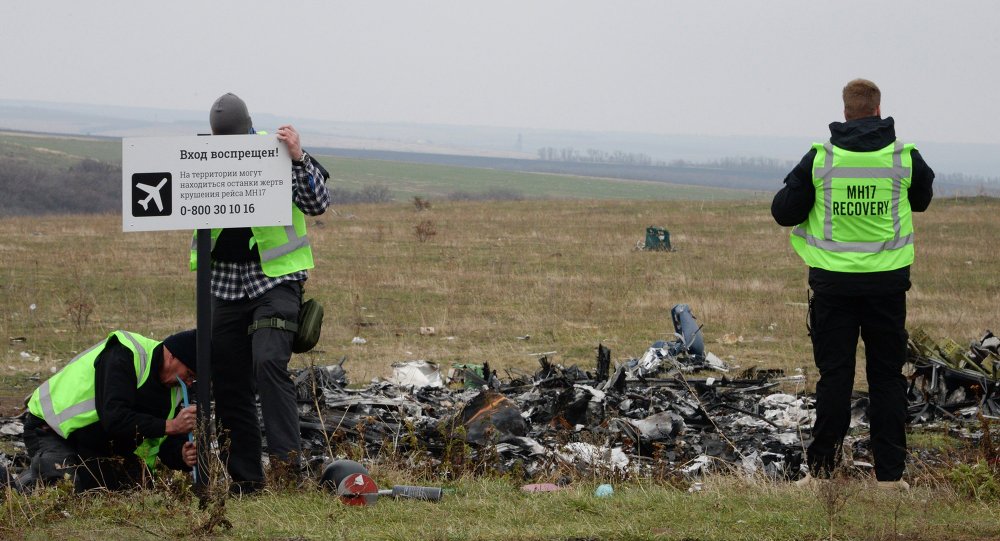 Emergency staff worked at the two main sites of the crash. "Now there are no signs of the disaster at the site," Alexei Kostrubitsky, Emergency Minister of the self-proclaimed Donetsk People’s Republic, said.

The minister also said that emergency staff worked at the two main sites of the crash. After the search was completed, the ground at the crash site was re-cultivated.

"Now there are no signs of the disaster at the site," Kostrubitsky added.

On July 17, 2014, the Malaysian Airlines passenger plane, en route from Amsterdam to Kuala Lumpur, crashed near Donetsk killing all 298 people on board.

According to a preliminary report by the Dutch Safety Board, the plane was hit by numerous high-energy objects causing it to break up in mid-air. The final report is expected in October.

The Kiev government and the self-proclaimed republics of Donetsk and Lugansk have repeatedly accused each other of downing the plane.