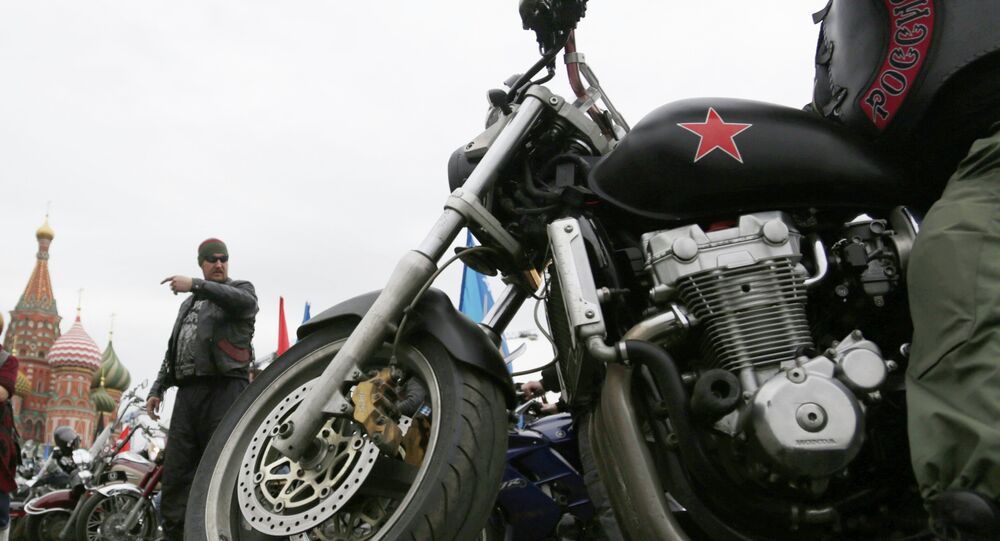 According to a representative of the Finnish border guard service, two participants of the motocross in honor of the Soviet victory over Nazism have all the necessary documents to enter the country.

© Sputnik / Maksim Blinov
Riding in Spirit: European Bikers to Continue Russian Bikers’ Victory Rally
One man arrived in Helsinki on Thursday, where he boarded a ferry heading off to Sweden, while the second Russian biker entered the country through a border crossing point in southeastern Finland.

It was reported earlier this week that about ten members of the Night Wolves may try to ride to Berlin after Poland, Germany and the Czech Republic had banned the Russian bikers from entering.

The leader of the Night Wolves, Alexander Zaldostanov, has confirmed the information and thanked the authorities of Finland.

"First of all I would like to thank the Finns for allowing our motorcyclists enter. You [Finnish authorities] did not succumb to the madness of Europe. You have an independent policy from the EU and you have your own view regarding the Victory Day," he said in an interview to a Yle correspondent.