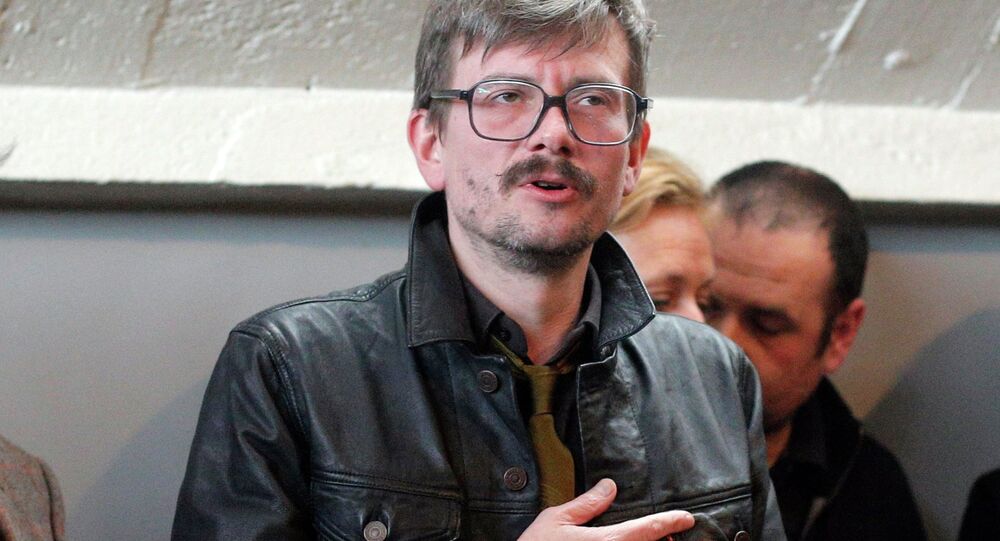 Nearly four months since the terrorist attack on Charlie Hebdo's Paris offices, the publication still faces controversy. Yet for reasons all his own, one of the magazine’s chief cartoonists, "Luz," has decided to stop drawing the Prophet Mohammed.

This year, the PEN American Center, a literary organization, gave its Freedom of Expression Courage Award to Charlie Hebdo.

"Charlie Hebdo has positioned itself in the firing line of this battle, refusing to accept the curtailment of lawful speech by those who met it with violence," PEN’s website reads.

The award has sparked controversy inside literary circles. Six writers have boycotted the PEN gala as a means of protest against what they see as rewarding the magazine’s history of belittling a minority population in France.

Teju Cole, one of the writers objecting to PEN’s decision, put it this way, writing for the New Yorker: "But it is possible to defend the right to obscene and racist speech without promoting or sponsoring the content of that speech."

But the controversy may be for nothing, as one of Charlie Hebdo’s cartoonists, Renald Luzier, has become bored with drawing Mohammed.

Illustrations of the father of Islam are largely forbidden, and it was Charlie Hebdo’s drawing of Mohammed which led to the attack by a group of right-wing radicals. The shooting left twelve dead, and in response, Luz, as he’s known, penned the now famous cover. “All is forgiven,” the magazine read, featuring a depiction of Mohammed with a sign reading "I am Charlie."

And that drawing may have been his last.

© Flickr / Valentina Calà
A copy of the Charlie Hebdo issue printed after the massacre at their Paris offices is placed at an impromptu memorial in Brussels during a solidarity gathering. The text reads "Love is stronger than hate."

"I’ve got tired of [drawing Mohammed], just like I got tired of drawing Sarkozy," Luzier said in an interview with French magazine Inrocks. "I’m not going to spend my life drawing them."

The magazine has suffered financial difficulty in the past. With only 60,000 readers, international support following the terrorist attacks has made that base grow to nearly 8 million. With that larger circulation comes larger funding, and perhaps a greater fear in pushing the envelope.

Charlie Hebdo will adopt a new format in September, partially in response to its broader audience. In February, former editor Philippe Val said he wasn’t sure if the magazine could survive.

"The terrorists did not win," he insists. "They will have won if the whole of France continues to be scared."

The controversy surrounding the magazine resembles that which embroiled author Salman Rushdie in the 1990’s. After publishing the Satanic Verses, Ayatollah Khomeini placed a fatwa calling for his assassination.

A PEN winner himself, Rushdie has consistently favored free speech over appeasement.

"If PEN as a free-speech organization can’t defend and celebrate people who have been murdered for drawing pictures, then frankly the organization is not worth the name," Rushdie said, according to the Guardian, in response to the recent boycott.