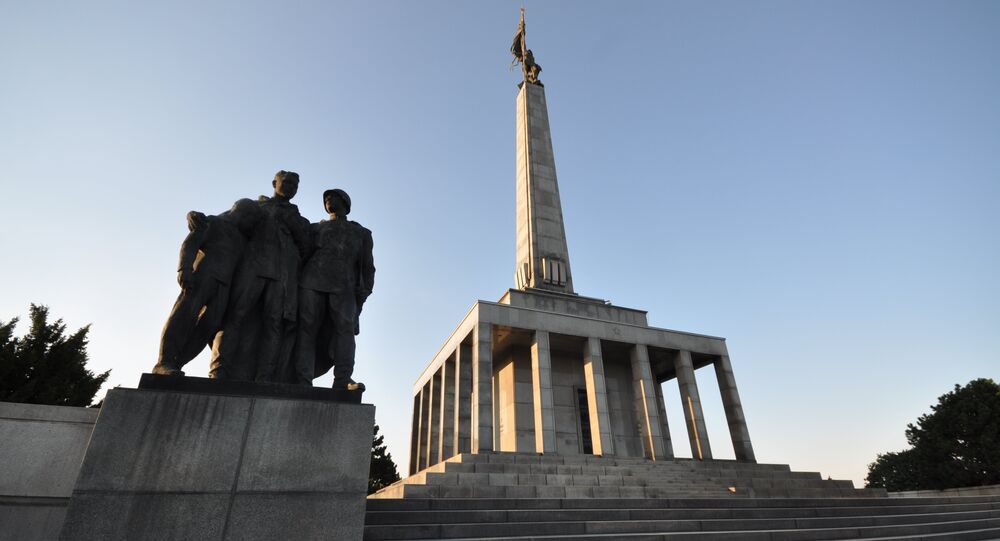 Slovakia's President said that he will go across the country to pay respects to graves of fallen Soviet soldiers who were killed liberating the country from Nazi Germany.

Slovakian President Andrej Kiska said that he will spend May 8 going across the country to light candles at the grave sites of Soviet soldiers who died during the country's liberation in WWII.

"The most important thing is who we should make a bow to for our liberation from Nazism. For me there is no ambiguity here, we much give our respects to the people who put down their lives here," Kiska told a Slovakian newspaper.

© Wikipedia / Svetovid
Slovakia is Not Afraid to Openly Support Russia – Politician
Dukel intends to travel from the Dukel Pass on Slovakia's eastern border to the Slavin monument in the country's capital, where Red Army soldiers who were killed liberating the city are buried.

Kiska said that while he cannot physically go to every cemetery where fallen Soviet soldiers are buried within the span of a day, he asks his friends, as well as all Slovakians to visit them and light candles in the memory of the soldiers.