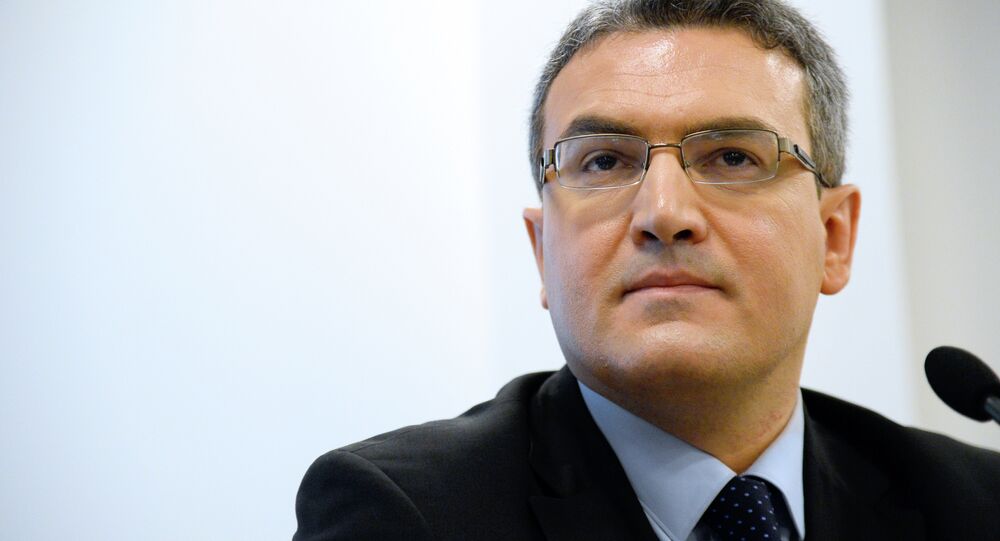 Aymeric Chauprade, a member of the European Parliament, said that Ukrainian President Petro Poroshenko doesn't make any effort to calm the situation in eastern Ukraine.

© AFP 2020 / PIERRE ANDRIEU
France Against Ukraine Becoming NATO Member – Politician
MOSCOW (Sputnik), Anastasia Levchenko – Discussion is useless with Ukrainian President Petro Poroshenko, as he does not do anything to stabilize the country's southeast, a French politician and a member of the European Parliament told Sputnik Wednesday.

Poroshenko arrived in France on an official visit earlier in the day.

"Of course we regret this visit, because it is no use to discuss with Mr Poroshenko because he doesn't make any effort to calm the situation in eastern Ukraine," Aymeric Chauprade, a member of the right-wing National Front party, said.

Chauprade added that France and Germany are still trying to reach an agreement with Ukraine, having participated in Minsk talks on the country's reconciliation.

© REUTERS / Philippe Wojazer
France to Ratify Association Agreement With Ukraine in Few Months
Eastern Ukraine has been mired in armed conflict for over a year. Last April, Kiev forces launched a military operation against independence supporters in the region. More than 6,000 people have died as a result of armed hostilities.

In February, the leaders of Russia, Ukraine, France and Germany convened in Minsk and created a package of agreements on Ukrainian reconciliation. The deal, signed by the representatives of Kiev authorities and independence supporters, stipulated ceasefire, withdrawal of heavy artillery from the line of contact and prisoner exchanges, among other points.