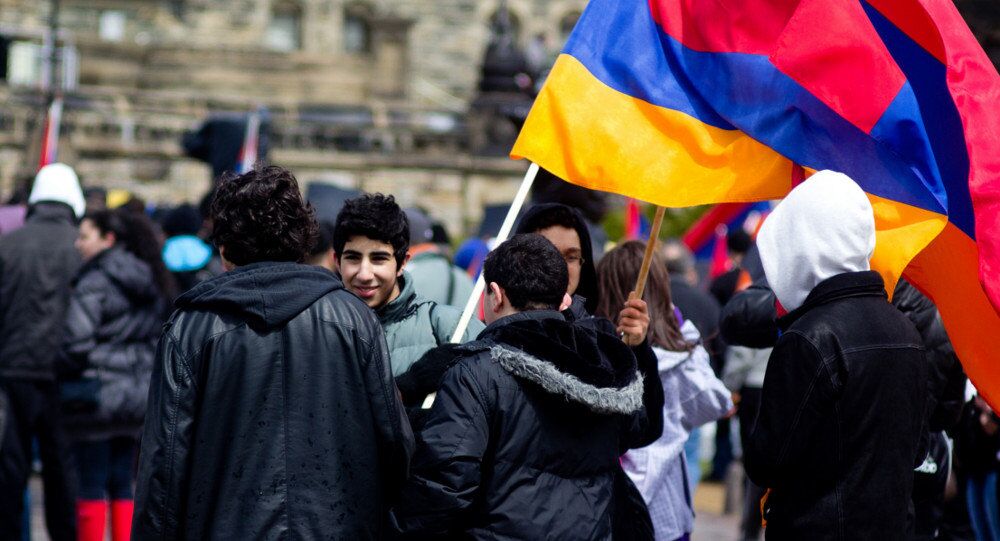 Austria Recognizes Armenian Genocide, Calls on Turkey to Do the Same

Austria is the latest European country to recognize the killing of Armenians at the hands of Ottoman forces during World War One as "genocide," ahead of the 100th anniversary of the atrocity.

Austrian lawmakers used the term genocide to describe the slaughter of Armenian people under the rule of the former Ottoman Empire, which was a precursor to the modern state of Turkey.

"April 24, 1915 marks the beginning of the persecutions, which ended in genocide," parliament president Doris Bures said, with MPs observing a minute's silence.

Along with the parliamentary acknowledgement of the genocide, the leaders of Austria's six major parties also released a statement saying that the country, as a former ally to the Ottoman Empire, had a "duty to recognize and condemn these horrific events as genocide."

In a move sure to stir anger in Ankara, the party leaders also called on Turkey to take greater responsibility for its role in the mass murder, as Turkish officials do not accept that it was an act of genocide.

"It is Turkey's duty to face the dark and painful chapter of its past and recognize the crimes committed against Armenians under the Ottoman Empire as genocide," the statement read.

Austria's decision follows similar moves taken by Germany, with a spokesperson for Chancellor Angela Merkel saying the government would support a parliamentary resolution on Friday, declaring the massacre as genocide.

A moment of silence in the Parliament of #Austria, in memory of the innocent victims of the #ArmenianGenocide pic.twitter.com/bgK3m6g6bp

This comes after Germany — who has considerable modern trade and immigration ties with Turkey — had repeatedly refused to use the term 'genocide.'

Some estimates suggest that as many as 1.5 million Armenians were killed as part of a targeted military campaign to remove Armenian people from Anatolia, now a part of eastern Turkey.

President #Putin will visit Armenia on 24 April to pay tribute to the victims of #ArmenianGenocide pic.twitter.com/4K2g9hvHm1

However, despite the campaign to acknowledge the deaths as genocide, Turkish officials say both Turks and Armenians died as part of the battle during World War One.

The issue of acknowledging the atrocities has been an issue of political tension for Turkey, as more than 20 countries, including Russia and France have formally recognized the attacks as genocide.

US Urges Turkey to Improve Relations With Armenia