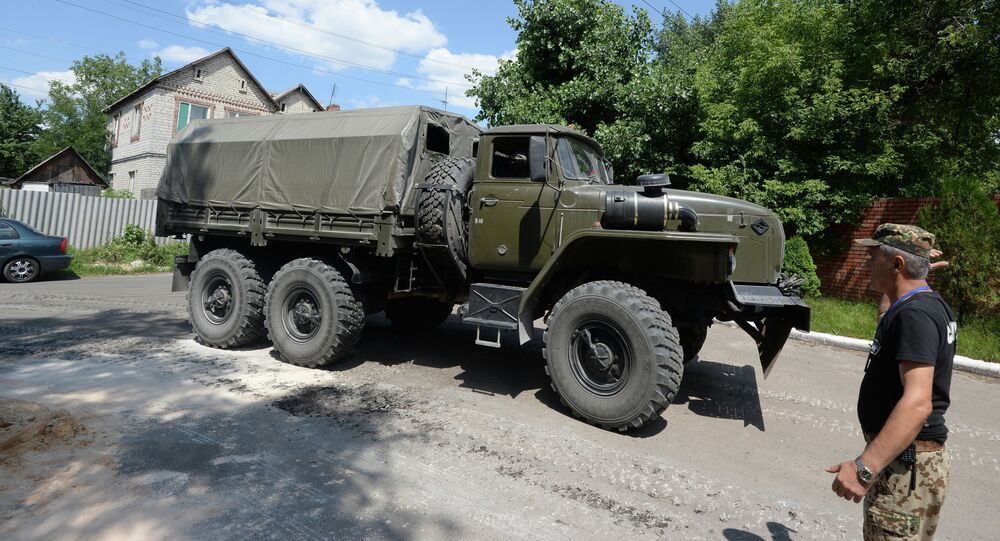 A military truck ran over the car of a local resident in Severodonetsk, Ukraine. The soldier driving the military vehicle was intoxicated.

A Ukrainian soldier driving a military 6x6 off-road truck ran over the car of a local resident in the city of Severodonetsk, in Ukraine’s Lugansk region.

The soldier was driving a Ural, a general purpose military truck, and was intoxicated when the incident happened, according to witnesses.

A group of local residents gathered at the crash site, condemning the actions of the soldier. A video from the scene was uploaded on YouTube.

The driver of the car was hospitalized. Currently, there is no information about his health.

There are reports that the Ukrainian army is struggling with recruitment and the quality of its military personnel. After four waves of mobilization Kiev managed to recruit groups of “alcoholics, drug addicts and morons,” an advisor of Ukraine’s President Petro Poroshenko said.