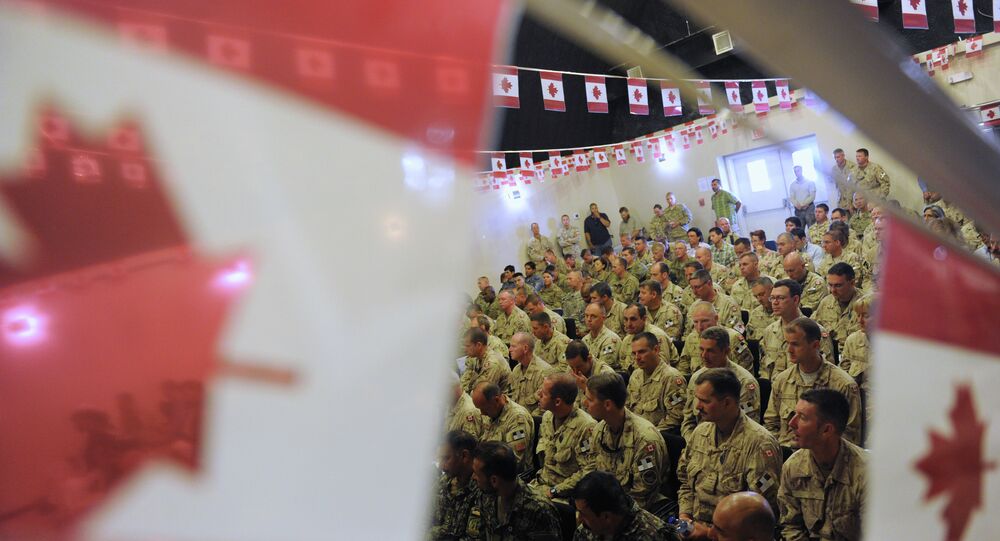 Canada's 200-man contingent will be based at Western Ukraine’s city of Yavoriv, at the NATO Partnership for Peace Training and Education Centre, Harper elaborated in the statement.

The Canadians will reportedly provide Kiev troops with expertise in countering explosives, and give guidance on logistics, military policing, medical and flight safety training, starting this summer.

The Canadian Armed Forces personnel will remain in the war-torn country until March 31, 2017 “on both a sustained and periodic basis depending on the type of training being conducted.”

The United States and the United Kingdom are providing Kiev forces with military training, as well as other non-lethal aid. The two countries sent military instructors to Ukraine in March for training sessions.

News of foreign training missions in Ukraine comes amid increasingly frustrating attempts to maintain the fragile ceasefire in the country between Kiev and pro-independence forces of the country's southeast, which came into force in February.

The conflict, which started in April 2014, has killed over 6,000 people, according to UN estimates.