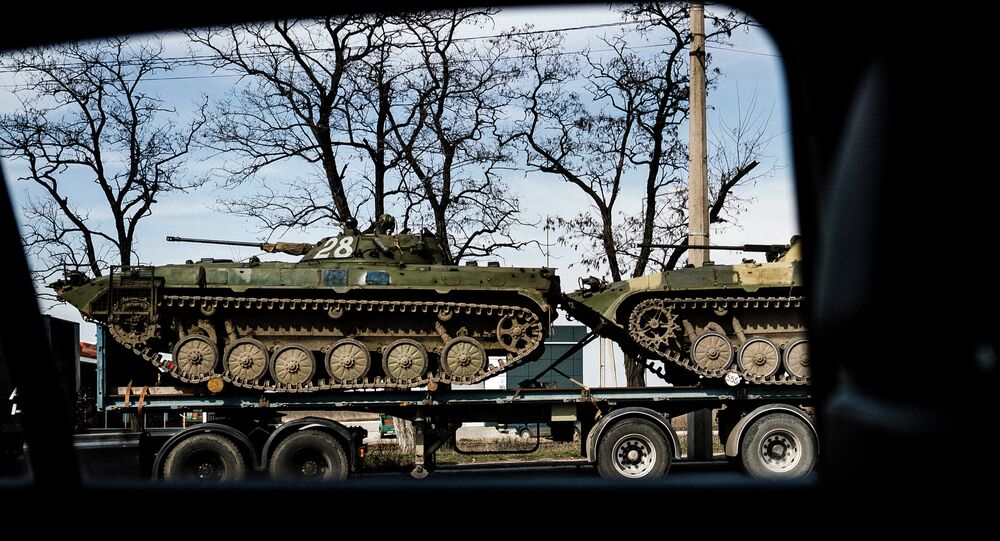 Despite the ceasefire, Moscow is allegedly still supplying troops and arms to local militias based in the Donbass region in eastern Ukraine, according to the German newspaper Frankfurter Allgemeine Zeitung.

© AP Photo / Efrem Lukatsky
UK to Increase Military Supplies to Ukraine – Defense Minister Fallon
Despite the February ceasefire agreement that is currently in force between Ukraine and independence fighters in the east of the country, Russia continues to deliver troops and arms to the Donbass region to support local militias, the German newspaper Frankfurter Allgemeine Zeitung quoted NATO sources as saying  earlier this week.

"We continue to see Russia support local militias by sending arms, servicemen and military instructors [to the Donbass region]. Russia moves troops and military hardware equipment across the open border with Ukraine," the newspaper cited NATO as saying.

NATO alleged that the militias now have more Russian arms than they had before the conclusion of the second Minsk agreement.

The newspaper claimed that the militias now get Russian-made armored personnel carriers, artillery, air defense systems, as well as the modernized versions of T-80 and T-90 tanks.

NATO officials have repeatedly reported the presence of Russian troops on the territory of Ukraine; Moscow denies these allegations.

The second Minsk agreement was clinched by the leaders of Russia, Germany, France and Ukraine in the Belarusian capital, Minsk, on February 11-12.

The document  stipulated the ceasefire, a withdrawal of heavy weapons, as well as an exchange of prisoners and hostages on the principle of "all for all".

Contact Group on Ukraine to Have Video Linkup April 14