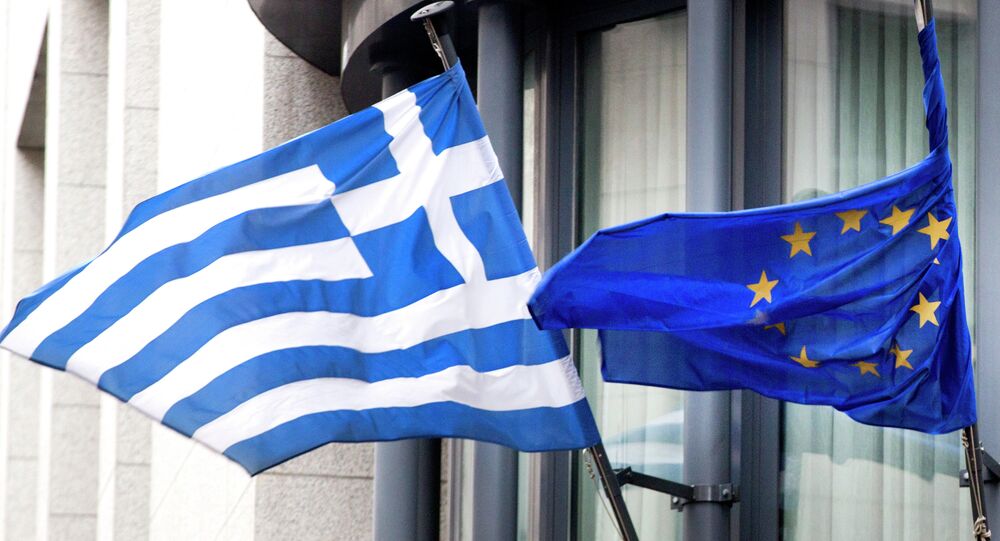 The German Foreign Ministry said "there is no reason to believe that the position of Greece with regard to anti-Russian sanctions can be changed." The German official stressed that Athens has always acted in correspondence with the EU stance.

The German government is confident that Greece will adhere to European sanctions against Russia, as Athens has always acted in correspondence with the EU position, German Foreign Ministry spokesman Sawsan Chebli said Tuesday at a press briefing in Berlin.

© Sputnik / Vladimir Vyatkin
Russia Sustains Economic Growth Despite Sanctions - German Magazine
"We have no reason to believe that the position of Greece with regard to sanctions may change, de facto it is not happening," Chebli said.

According to the official, sanctions are closely linked to the implementation of the Minsk Agreement, and this decision was also supported by Greece. "We hope that Greece will stick to it," the spokesman said.

Since March 2014, Western countries have repeatedly imposed sanctions against Russia due to its stance on the Ukrainian conflict. The restrictions were once again extended in March 2015, when the US expanded its sanctions list.