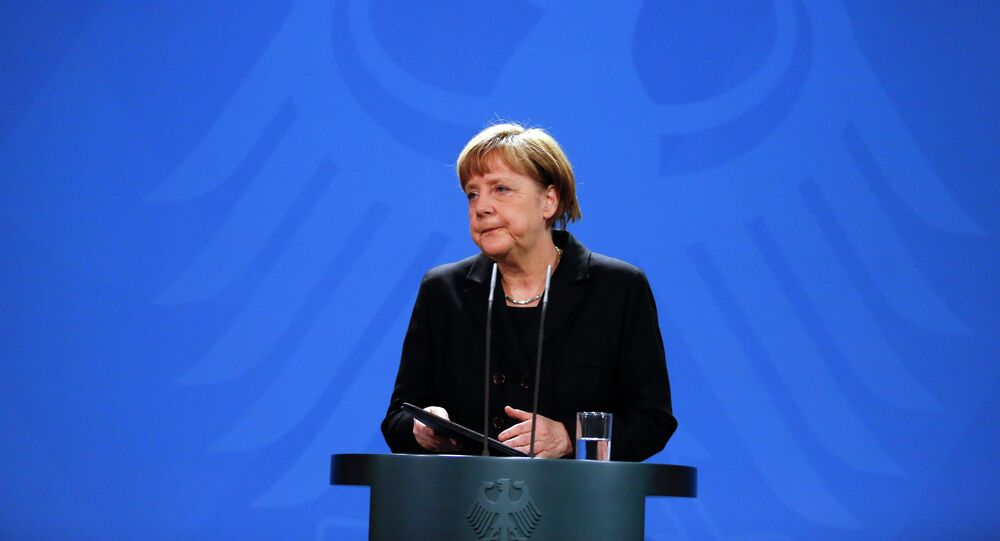 More and more European countries oppose an extension of anti-Russian sanctions and disagree with the German policy towards Russia.

During her recent visit to Helsinki, German Chancellor Angela Merkel tried to convince Finns to further follow the anti-Russian course and stressed the importance of pursuing a common EU policy towards Russia. However, this policy is in fact far from being united, the German online edition wrote.

© AP Photo / Michael Sohn
Merkel Fears Split in EU Regarding Anti-Russian Sanctions – German Media
The Chancellor visited Finland shortly before the upcoming elections in the country. During her speech at Helsinki University, she expressed concerns about a split in the European Union and called all EU countries to follow a common approach regarding economic sanctions.

The power of the EU is in its unity, Finnish Prime Minister Alexander Strubb agreed with the German Chancellor. However, it was not easy for him to make this statement.

During the election campaign, Strubb’s opponents have successfully exploited the negative impact of sanctions and called for a dialogue with Russia. They draw attention to the fact that Finland has the longest border with Russia among EU states and that both countries always had close economic ties.

Finns are not the only ones who criticize Merkel's tough stance towards Russia. Greece, Hungary, Spain, Italy, Slovakia, Cyprus and Austria are also expressing discontent about the anti-Russian sanctions under which they suffer more than other EU countries.