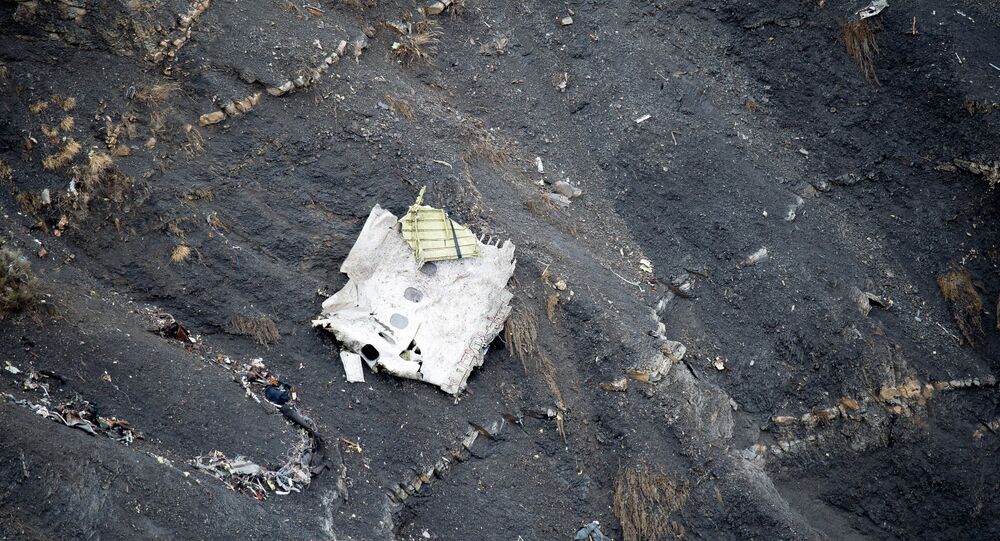 Dusseldorf prosecutors announced on Tuesday that only one Germanwings pilot had been in the cockpit at the moment of the Airbus A320 crash in the French Alps.

© AFP 2021 / Anne-Christine Poujoulat
One Pilot Locked Out of Cockpit Before Germanwings Plane Crash - Reports
German prosecution office has announced that only one pilot had been in the cockpit at the moment of the crash.

Meanwhile Le Monde reported on Thursday that the commander of the Airbus A320, which crashed in the French Alps on Tuesday with 150 people on board, was in the cockpit with another pilot outside and unable to get back in despite banging on the door from the outside.

Audio recordings recovered from the crashed Germanwings Airbus A320 suggest the plane's commander was inside the cockpit at the time of the crash, while another pilot was locked out outside and unable to get back in. Before they separated, both pilots were speaking in German, the paper added.

Also on Thursday The New York Times reported, citing a member of the investigating team, that, according to information obtained from the plane’s black box voice and data recorders, one of the pilots left the cockpit just before the crash and was unable to get back in.

Germanwings to Use Aircraft of Lufthansa, Air Berlin, TUIfly After Crash