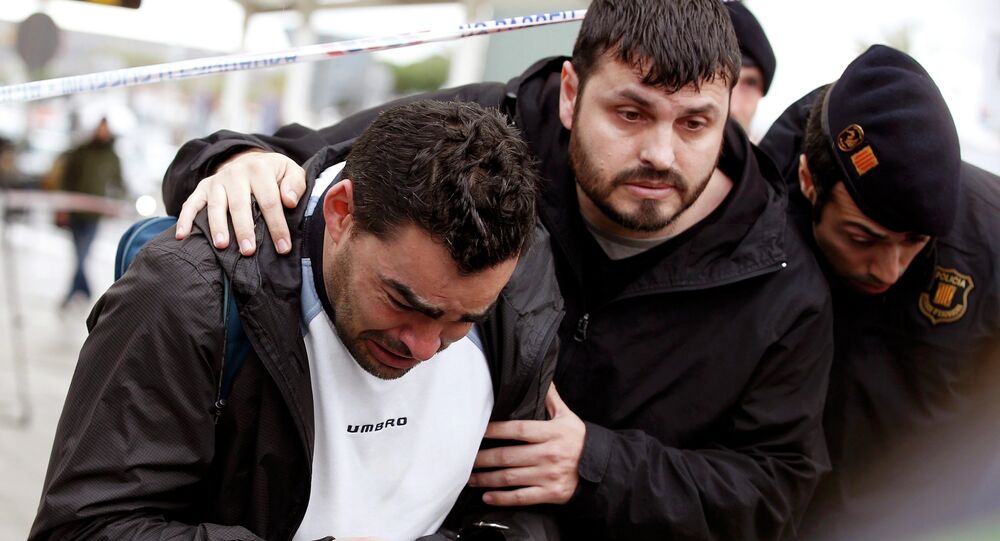 A number of prominent Spanish businessmen, some of whom worked in Germany, were on board the Airbus A320 plane, which crashed in the French Alps on Tuesday, the Spanish ABC newspaper reports.

Some of the businessmen were headed for the Anuga FoodTec 2015 exhibition in Cologne (Koln).

The wife of Lluis Junca Pujol, the Chief of Staff to the Opposition Leader at the Parliament of Catalonia, was also on board the crashed A320 plane, the ABC newspaper said.

Germanwings Airbus A320 crashed in a remote mountain region in southern France on Tuesday morning. The plane was en route from Barcelona to Dusseldorf.

French President Francois Hollande said that most of the people on board A320 were German, Spanish and Turkish nationals.

The Spanish crisis cabinet stated that some 45 Spaniards were on board the jet. The information has not been confirmed by either Spanish Prime Minister Mariano Rajoy or Catalonian President Artur Mas i Gavarro.

Two Australian Citizens Among Victims of A320 Crash - Foreign Minister