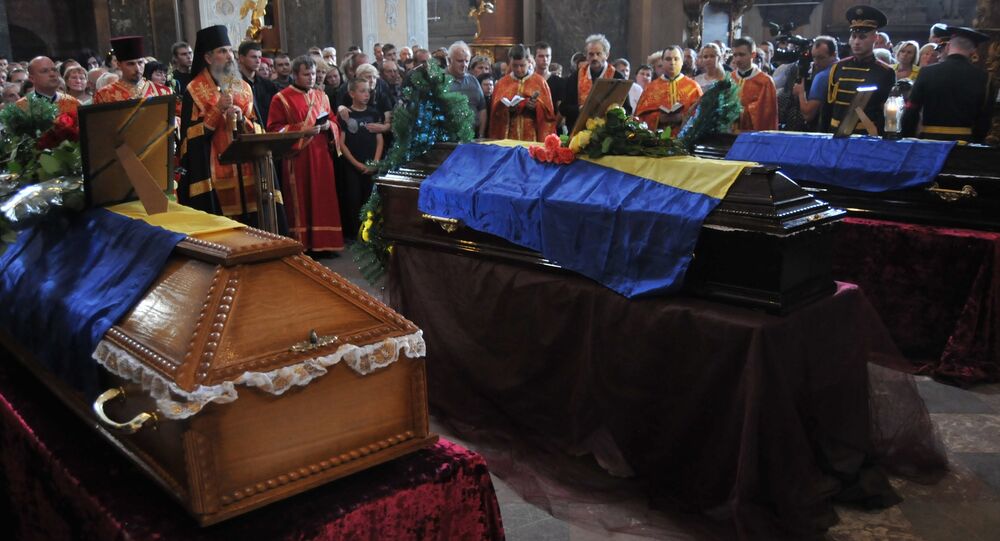 Ukraine’s Defence Ministry announced that nearly 1,750 Ukrainian servicemen were killed since the beginning of military operation in eastern Ukraine.

"The National Military Historical Museum of Ukraine has at its disposal the most complete data on the slain Ukrainian soldiers and members of the volunteer battalions since the beginning of hostilities. At present, the database includes 1,750 people. This data is until February 1, 2015," Ukraine’s Defence Ministry said in a statement on the web portal Memorybook.org.ua.

Thousands of Ukrainian Armed Forces soldiers died during the shelling in the town of Debaltsevo alone, leader of the self-proclaimed Donetsk People’s Republic (DPR) Alexander Zakharchenko said at a press briefing on February 23.

Debaltsevo, a strategic transport hub in Ukraine's southeast, had been at the epicentre of intense fighting with Kiev troops encircled there by Donbas militia in February.

On February 12, a ceasefire deal was agreed on to deescalate hostilities in the region during the talks held by the leaders of Russia, Ukraine, France and Germany in the Belarusian capital Minsk.

The military offensive launched by Kiev forces against independence supporters in April 2014 has claimed the lives of over 6,000 people, according to UN estimates.