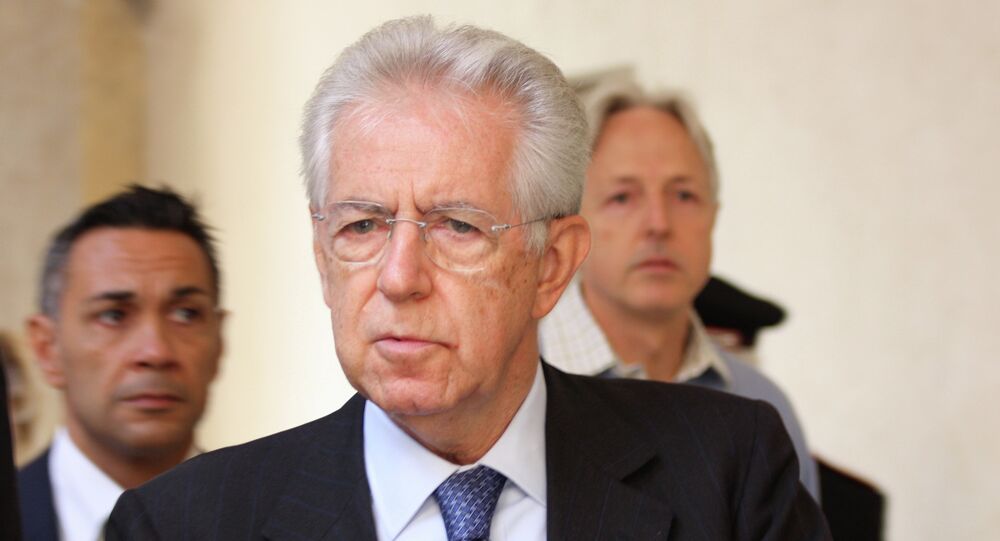 Italy's ex-Prime Minister Mario Monti reportedly claimed that France is EU's big problem that threatens to derail the Paris-Berlin tandem, on which the entire 28-member bloc is balanced.

MOSCOW (Sputnik) — Italy's ex-Prime Minister Mario Monti on Saturday bashed France as the European Union's big problem that threatens to derail the Paris-Berlin tandem, on which the entire 28-member bloc is balanced, according to The Telegraph.

"France is the big problem of the European Union because the whole construct has been leveraged on the foundation of a solid Franco-German entente. If it isn't there then there is a poor destiny for Europe," Monti warned in an interview with the daily.

© Sputnik / Mikhail Voskresenskiy
Russia Asks France, Germany to Ensure Kiev Follows Minsk Agreement – Lavrov
The veteran politician said Paris has been "uneasy" about the single currency Euro, and reluctant to follow through on its EU obligations to tighten the belt – much to Germany's discontent.

Additionally, Monti said that the domestic opinion in France has been increasingly Eurosceptic over the past years, a trend he blamed on the rise of the "populist" right-wing National Front party, led by Marin Le Pen.

France is going to vote on Sunday in the local elections, and Le Pen's party is said to be on course to defeat the left-win government. According to a survey conducted by the Institut Français d'Opinion Publique, the National Front has the support of 30 percent of eligible voters.

Majority of Detained Activists in Frankfurt Came From Italy - Police