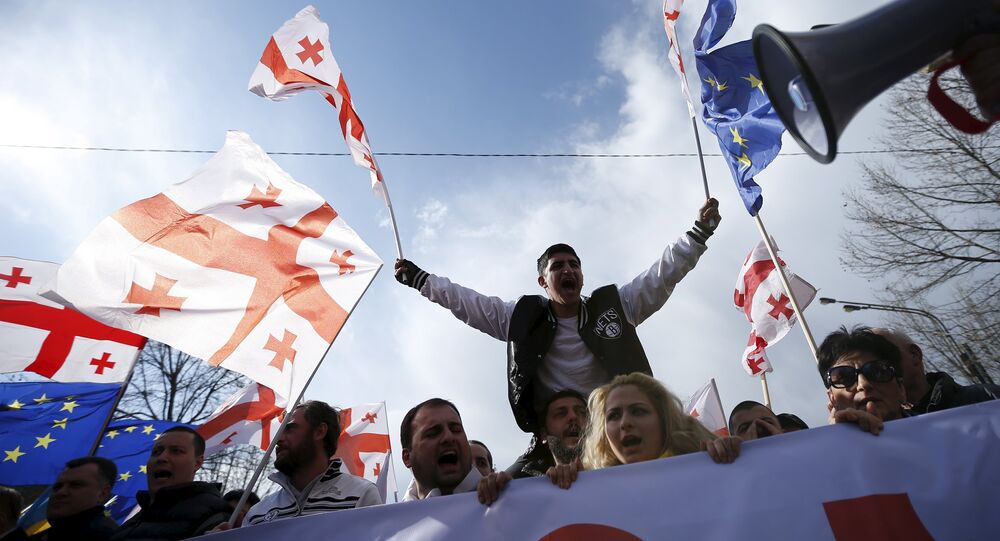 Supporters of Georgia's fugitive ex-president gathered in the country's capital, protesting against the current government.

Around 10,000 people gathered in downtown Tbilisi as part of a protest organized by fugitive ex-President Mikheil Saakashvili's United National Movement party against the current government, in what is supposed to be the biggest opposition march since 2012.

"We will very soon liberate Georgia from these dark, inactive forces and return Georgia to a shining path," the fugitive ex-president told his followers on a giant screen.

© AFP 2021 / VANO SHLAMOV
Georgian Ex-President Saakashvili's Party Launches 'Tbilisi Maidan'
A stage and a large screen were installed at the central square of the Georgian capital, where the demonstration gathered. Afterwards, the demonstrators went to the Georgian Presidential Administration building, where they presented the government a "red card." Following the demonstration, one of the party leaders announced that the group plans to hold similar protests in the future.

A counter-protest by the non-government organizations "All-Georgia Popular Congress" and "All Generations for Georgia" took place nearby, outside of the country's main cathedral and near a television station headquarters, according to Georgian media.