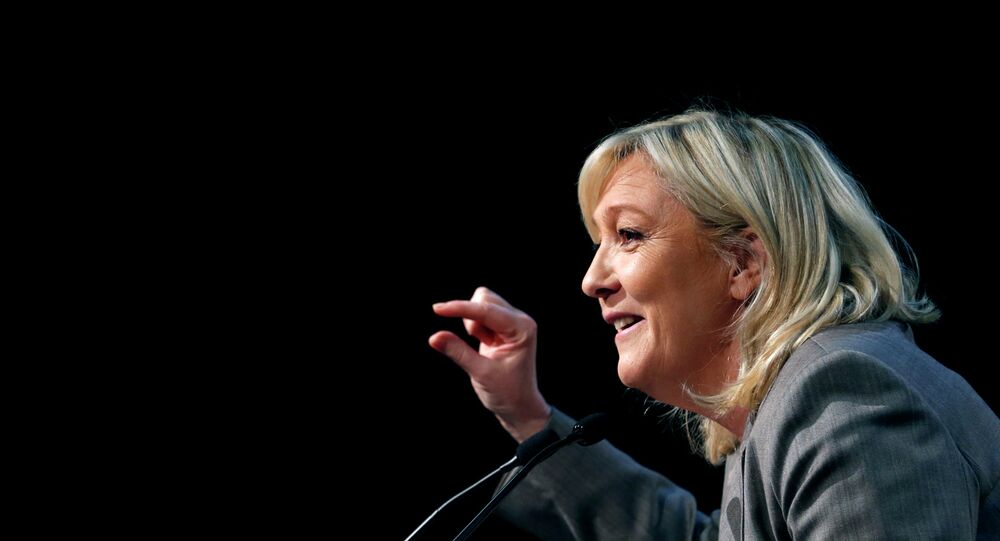 “The only result of the [anti-Russia] sanctions introduction is the major economic difficulties that the EU countries faced,” she said in an interview with Russian television channel Rossiya 24.

© AFP 2020 / PIERRE ANDRIEU
Marine Le Pen Snubs Madonna's Offer to Have Drinks, Discuss Human Rights
"I believe that the sanctions are shameful measure, which was introduced by the European Union at the request of the United States. It has exacerbated the situation and greatly complicated the work of diplomats," the French politician added.

Following Crimea's reunification with Russia in March 2014, the United States incited harsh anti-Moscow rhetoric, accusing it of interfering in the Ukrainian conflict.

Washington and its allies, including the European Union, imposed sanctions against Russia over the Ukraine allegations.

In August 2014, Russia imposed a one-year ban on meat, fish, fruit, vegetable and dairy products from countries that imposed the sanctions.