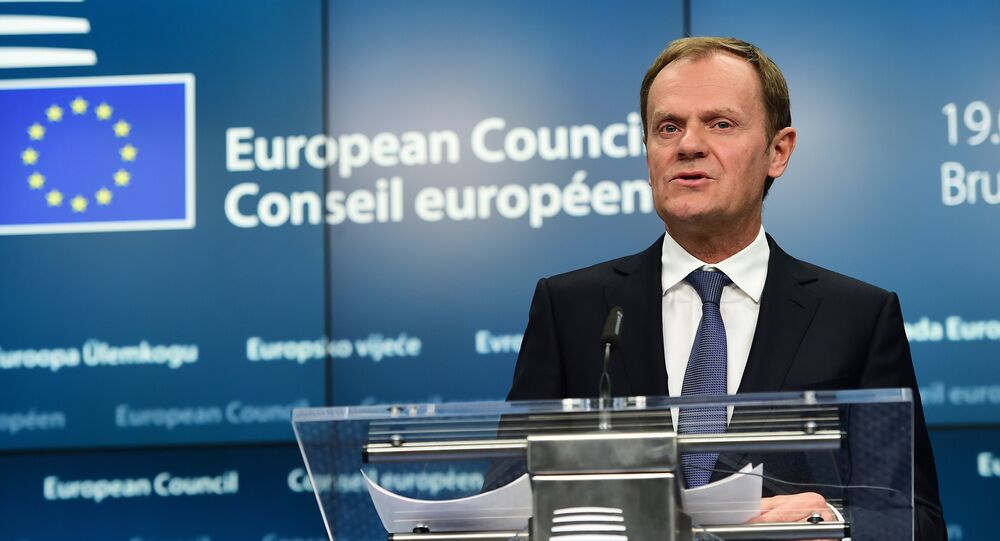 "We have just taken a big step forward — all leaders committed themselves to create the Energy Union," Tusk said in a statement following the first working session of the summit in Brussels.

Tusk also said that all EU leaders agreed to reinforce the transparency of the EU gas market, so that suppliers would not be able "to abuse their position to break EU law and reduce our energy security."

The establishment of the union was aimed primarily at cutting down Europe’s dependence on Russia’s gas supplies and was viewed as a response to Crimea’s reunification with Russia and the crisis in East Ukraine.

The Energy Union presupposes cooperation of the EU members in such spheres as energy security, building a fully integrated European energy market, energy efficiency, decarbonizing of the economy as well as research and innovation.