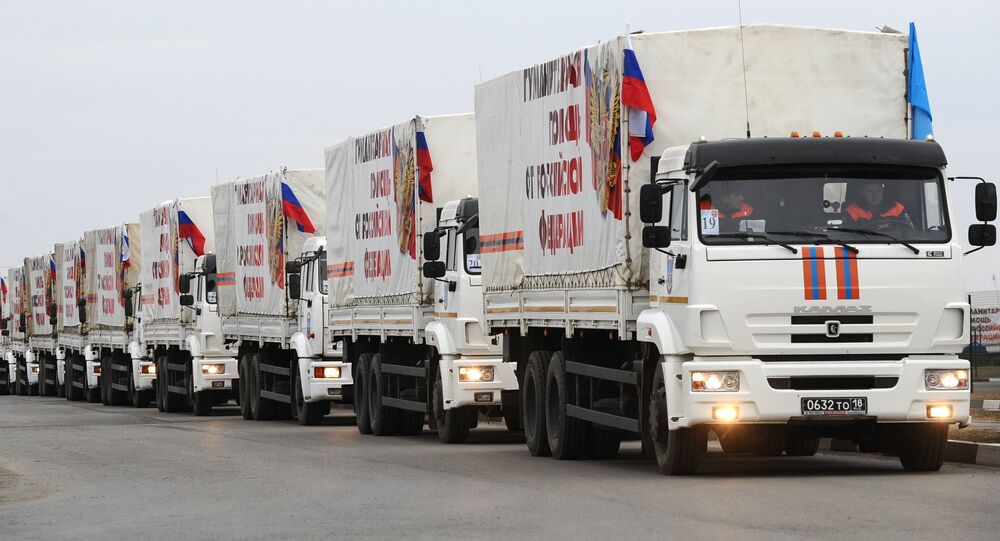 “Emergencies Ministry vehicles with humanitarian aid for Donbas have completed customs at the two border control points of Donetsk and Matveyev Kurgan. All of the vehicles have gone through all of the formalities of customs and border control and have crossed the border [into Ukraine],” the representative said.

For the first time an aid convoy from Russia to the eastern Ukraine will include Moscow Department of Russian Red Cross vehicles carrying foodstuffs and medical supplies.

A military conflict begun in April 2014 between Kiev forces and independence supporters of the Donbas region has led to a catastrophic humanitarian crisis. The crises has prompted Russia to send over 25,000 tons of humanitarian aid to the breakaway republics since August 2014.