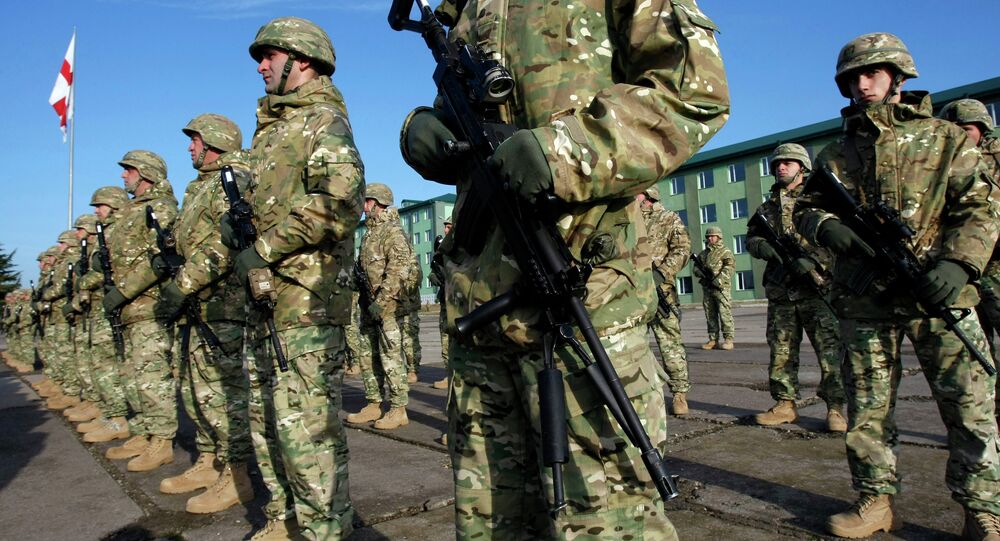 A NATO training center may open in Georgia in autumn 2015, Deputy Defense Minister Levan Girsiashvili said at a press conference on Tuesday.

© AP Photo / Efrem Lukatsky
Georgia Summons Ukrainian Ambassador After Saakashvili Appointed Poroshenko's Aide
The opening of the training center in Georgia was planned as part of a package of measures to encourage Georgia in its efforts to join NATO. The package was approved during the NATO summit in Wales in September 2014. The center is expected to train NATO military forces as well as combatants from partner countries.

NATO officials are currently visiting Georgia to assess its existing infrastructure, as reported by "News-Georgia". On Tuesday, they discussed the relevant details with representatives of the country’s Ministry of Defense.

© Flickr / Official U.S. Navy Page
NATO to Stay in Black Sea Despite Tensions With Russia - Former Commander
"We are already planning to establish the center by autumn. This process requires a certain period of time," Girsiashvili said, adding that the opening of a training center in Georgia "does not pose any threat, because it is not a military base."

Institutional cooperation between Georgia and NATO began in 1994, when Georgia became a member of the program "Partnership for Peace". In April 2008, at the summit of NATO in Bucharest, it was confirmed that Georgia could soon become a member of NATO if it fulfills the necessary requirements of the alliance.