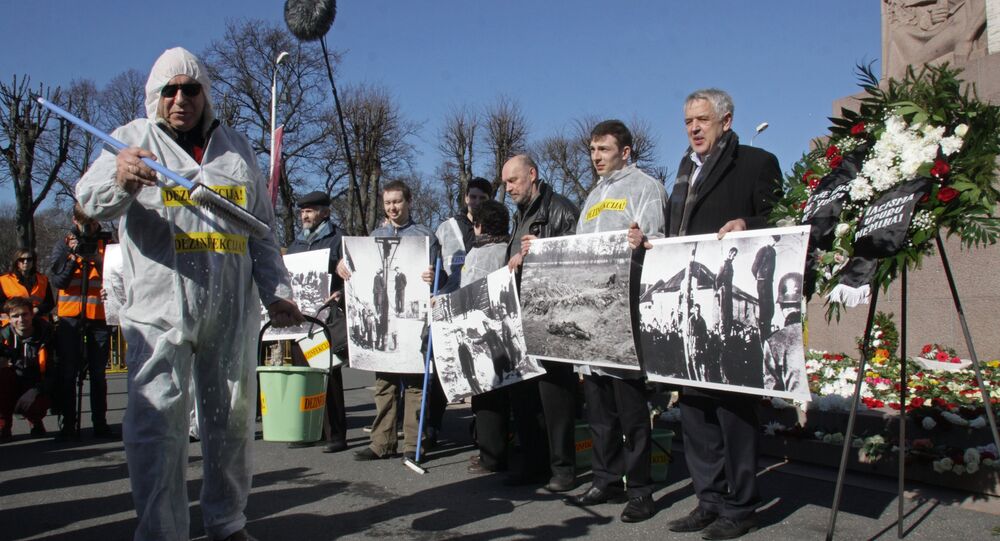 © Flickr / Pablo Andres Rivero
Safety Fears Raised Over Annual Nazi Parade in Riga
MOSCOW (Sputnik), Anastasia Levchenko – Nationalist and neo-Nazi sentiments have been on the rise in Latvia in recent years, partially due to a state policy of fueling anti-Russia sentiment and a suppression of antifascist voices.

"Latvia's Security Police are openly into a mad political harassment of antifascist organizations now. You can be sure that our phone talk will be first available not in your publication, but on the table of the head of the security police," Koren, who is also the vice-president of the international movement "Future Without Fascism", told Sputnik.

Koren described to Sputnik a recent case in which security police told a Riga hotel that they may not provide a conference hall for the Antifascist Committee to hold a meeting.

"We plan to hold a round table discussion on March 15, and I started to look for a site. I called one hotel and asked whether they have a free conference hall. They told me that they certainly do," Koren said.

Koren went on, saying that within the 40 minutes he spent traveling to the hotel from his office he was met with "a stammering director [of the hotel], who said he had received four phone calls with strong recommendations not to provide the site to us."

Koren added that all his phone and e-mail conversations are constantly monitored.

Security Police have slandered antifascist movements, seeing them as a threat to the country's security, but turning a blind eye to neo-Nazi sentiment, Koren claimed.

Such parades have been held annually since 1998, with the number of participants steadily growing. Members of the parliament from right-wing National Alliance party took an active part in the 2014 parade and plan to do so next week as well.