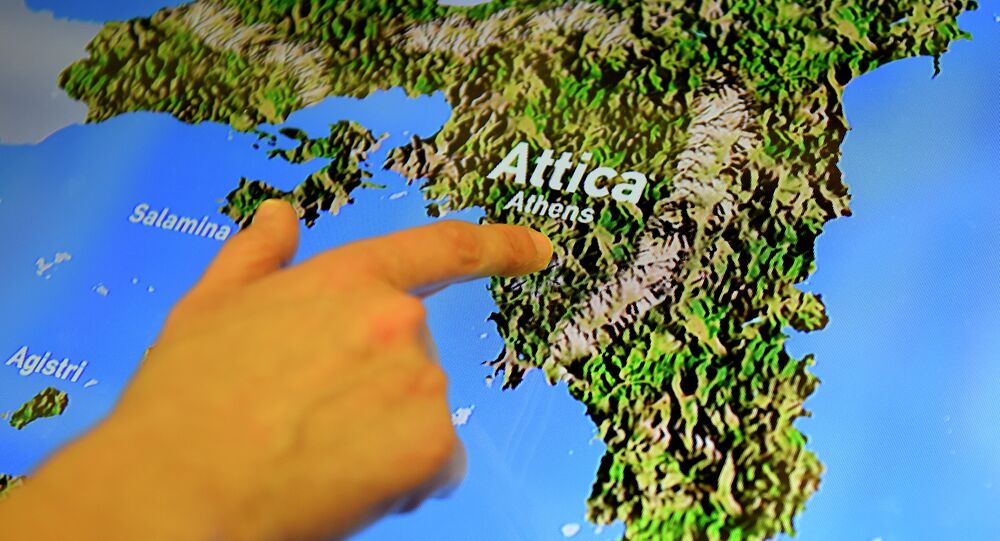 The growing tension between Greece and Germany continues, with Greece's justice minister warning he was ready to enact a High Court ruling, which would allow Athens to seize German state-owned property as part of a compensation package to the Greek victims of a Nazi massacre during World War Two.

Nikos Paraskevopolous' comments come amid ongoing tension between the two countries, as the newly-elected Greek government tries to persuade European Union members to renegotiate parts of its euro bailout package.

The justice minister said that a high court ruling in 2000, which allowed for the confiscation of German property to compensate relatives of the Distimo massacre, still stands and remains valid.

During the massacre, more than 200 Greeks were killed by Nazi occupiers in the small village of Distimo, in retaliation to an earlier resistance attack upon German forces.

Speaking on Greek station Mega TV, Paraskevopolous said he was "ready" to endorse the court decision, which would allow for German property to be seized, adding that "the prime minister is aware of the views I have on the issue."

This isn't the first time the new Syriza-led Greek government has mentioned the idea of chasing up compensation from World War Two, with Prime Minister Alex Tsipras yesterday calling for compensation from damages caused by the Nazi occupation of Greece in the 1940s, accusing Berlin of using legal tricks to avoid paying reparations.

This issue of chasing up reparations has been avoided by previous Greek governments, who feel that any such moves to seize German state-owned property will result in a political showdown with Germany.

German officials have rejected the notion of paying reparations for damages caused by the Nazi regime, arguing that the issue of war compensation was settled during talks that led to the 1990 German reunification.
Berlin has instead accused Athens of trying to use the reparations claim as a distraction from the country's economic challenges.

"It is our firm belief that questions of reparations and compensation have been legally and politically resolved," Steffen Seibert, spokesperson for German Chancellor Angela Merkel, said.

"We should concentrate on current issues and, hopefully what will be a good future."

People critical of Greece seeking redress from Germany for WW2 as it was so long ago- UK only finished paying debt to USA in 2006.

The argument of World War Two reparations is the latest in increased tensions between the Greek and German governments, principally thought to be triggered by the ongoing efforts to ease austerity in Greece and renegotiate the terms of Athens' bailout deal with the EU.

During recent negotiations of eurozone finance ministers, which resulted in Greece securing a four-month extension of EU loans, there were reports of several clashes between Greek and German counterparts Yanis Varoufakis and Wolfgang Schauble.

Those supporting Greece's cause have accused Berlin of bullying the Mediterranean country into harsh austerity measures, which Athens claims is stifling the country's economy, preventing further growth.

However Germany has argued that implementing austerity measures is the best way for Greece to improve its economy and pay back debts, citing economic recoveries in Ireland and Spain as examples.

@TheLocalGermany #Greece deserves every Euro Germany stole from them in WW2 now time to pay back what was stolen from #Greece.

It has been suggested that these political tensions have led to a greater public criticism of Germany's actions within Greece, and has added pressure to endorse the high court ruling on German compensation payments.