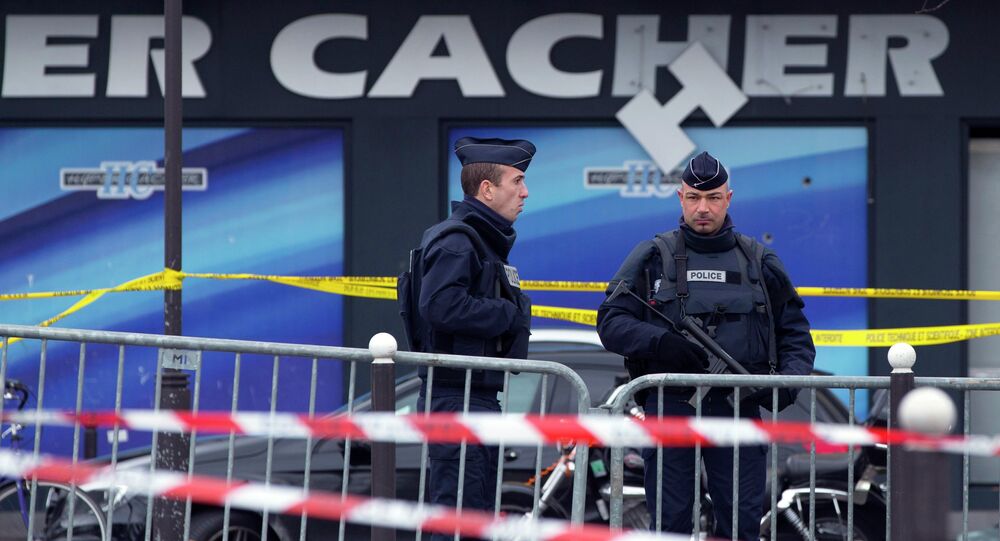 French authorities detained a policewoman who might have helped Amedy Coulibaly, who shot dead a police officer and four hostages in Paris in early January, Europe 1 radio reported Monday.

© AP Photo / Thibault Camus
Paris Attacks Highlight EU Differences on Muslims – Austria’s Islamic Authority
MOSCOW (Sputnik) — According to Europe 1, a policewoman Emmanuelle has been detained in relation to the case. Her partner, known as Amar R, is reportedly a relative of Coulibaly and was seen with him just before the January 9 shooting of a police officer.

Emmanuelle was stationed in the Parisian suburb of Rosny-sous-Bois, where she reportedly checked police files on Coulibaly.

Amar R was arrested on January 23 on drug charges and was not questioned in connection with the Paris attacks.

Paris was shaken by a string of Islamist terror attacks in early 2015. On January 7, two gunmen staged an onslaught at the editorial office of the Charlie Hebdo satirical magazine, known for publishing cartoons of the Prophet Muhammad.

The following day, Coulibaly killed a female police officer in a Parisian suburb. On January 9, he killed four hostages in a kosher food supermarket before being shot dead by the police.