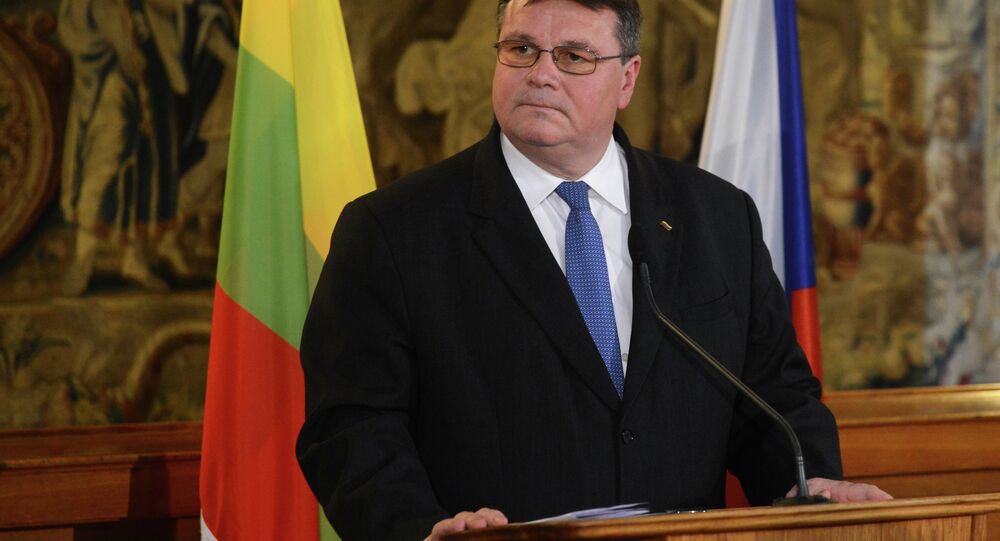 Lithuanian Foreign Minister Linas Linkevicius said that he hopes that the European Union will extend sanctions against Russia.

“I hope so,” Linkeviсius said, in response to whether EU foreign ministers would extend sanctions against Russia this week.

He added that he had not heard EU foreign ministers were against extending the sanctions.

British foreign minister Philip Hammond said on Friday it was important to maintain sanctions on Russia, whereas Denmark's Foreign Minister Martin Lidegaard told Sputnik in an interview that relief of Western sanctions is possible if the Ukrainian conflict de-escalates.

© AFP 2021 / Brendan SMIALOWSKI
US Urges EU to Refrain From Business With Moscow Amid Russia-Cyprus Deals
The fate of the EU restrictions has been much discussed recently, as the first of several rounds of anti-Russia sanctions expires in March. European leaders are divided on the issue. Leaders in France and Italy have expressed being in favor of relief while their German and British counterparts want to keep their punishments in place.

Since Kiev launched a military operation in southeastern Ukraine in April 2014, Ukraine and the European Union have repeatedly accused Russia of interference in Ukraine's internal affairs by aiding the independence supporters in Donbas. The European Union, the United States and several other countries imposed sanctions on Moscow amid the accusations.

Russia has firmly denied any involvement in Ukraine's internal conflict, and has repeatedly called for and assisted in inter-Ukrainian dialogue.