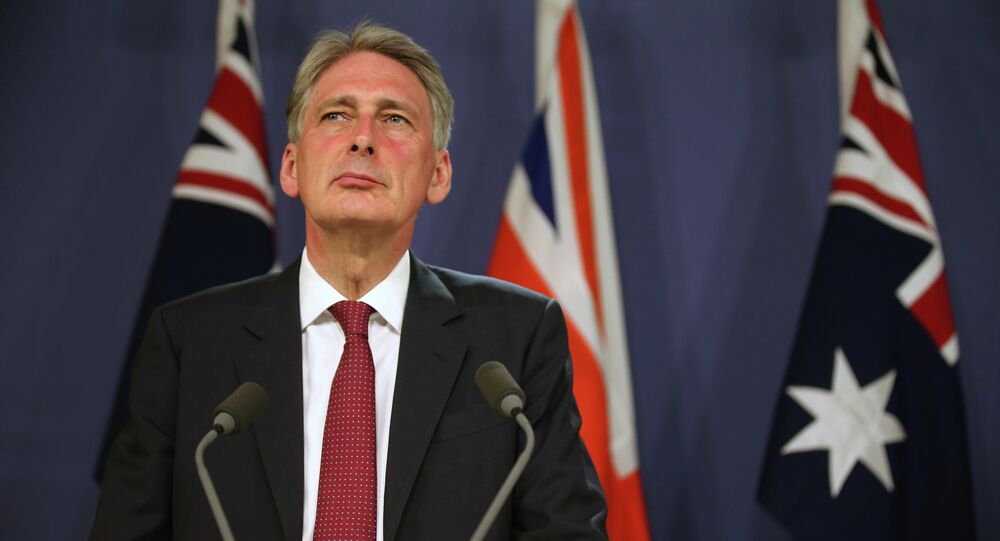 © Flickr / UK Ministry of Defence
UK Rules Out Combat Troops in Ukraine Amid Warnings Against Mission Creep
MOSCOW (Sputnik) – UK Foreign Secretary Philip Hammond is due to arrive in the Ukrainian capital, Kiev, with an official visit on Thursday.

The spokesman for the Ukrainian Foreign Ministry, Yevhen Perebiynis, said that during his visit Hammond is scheduled to meet with Ukrainian President Petro Poroshenko, Prime Minister Arseniy Yatsenyuk, the speaker of the Ukrainian Parliament, Volodymyr Groysman and the country’s Foreign Minister Pavlo Klimkin.

The sides are expected to discuss bilateral relations and the current situation in Ukraine’s east.

The United Kingdom took Kiev’s side in the internal Ukrainian conflict ever since Kiev launched its campaign to suppress independence supporters in the Donbas region in April, 2014.

Hammond, who was appointed Foreign Secretary on July 15, 2014, repeatedly expressed his support for Kiev and the European Union’s anti-Russia sanctions. In October he stated that Britain should be proud of having imposed economic sanctions against Moscow.