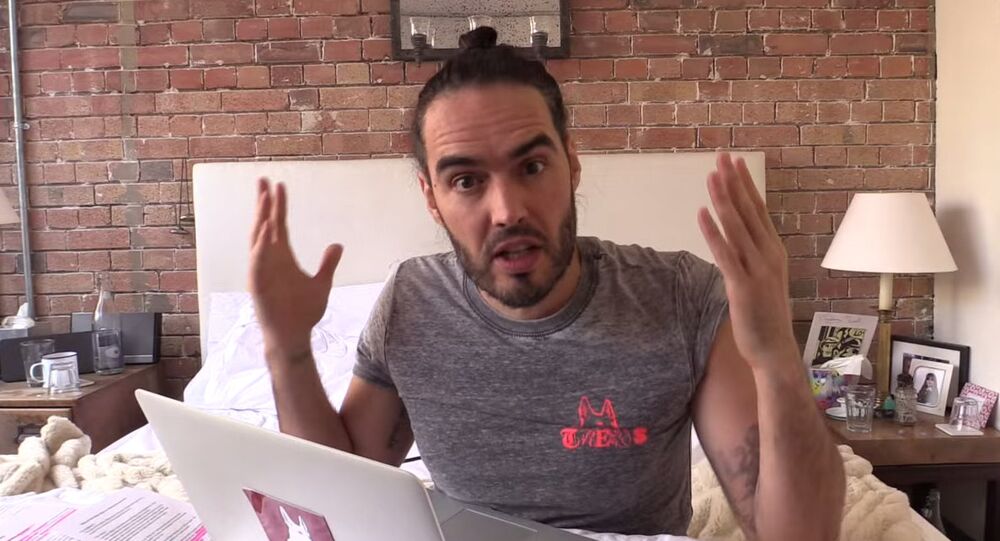 Britain's "corrupt" society, which fails to incorporate and understand young Muslims, is partly to blame for the rise of "mad jihadism" in the UK, according to comedian-come-social commentator Russell Brand.

Brand made the controversial claims as part of his regular series of YouTube videos, where he spoke about British society's role in turning young Britons, such as Mohammad Emwazi, also known as Jihadi John, into Islamic extremists.

He said that the failure to incorporate young Muslims in the UK was pushing many young Britons to search for acceptance, with terrorist groups such as Islamic State exploiting this loneliness and alienation.

"The kernel of truth in the sprawling, bewildering, bramble of ISIS [ISIL] madness is society isn't working, the system isn't working, it's totally corrupt," he said during his video, titled 'Could I have been Jihadi John.'

This comes after Jihadi John, the infamous British jihadist who featured in Islamic State videos depicting the beheading of Western hostages, was revealed as London resident Mohammad Emwazi.

It was revealed that Emwazi was under investigation by British intelligence from as early as 2009, suspected of being involved with Somali terrorist group al-Shabab.

'We Have a Huge Cultural Problem'

Brand also blamed the mainstream media for distorting the rhetoric associated with extremism and radicalisation, saying that the main issues were being ignored.

"The developing news narrative in most of its permutations doesn't address the core problems."

"If Muslims have been here in significant numbers since the fifties, why is this only happening now?"

Brand said that the existence of British jihadists was an indication of a divide in society in regards to young Muslims, saying that the UK's "cultural story at the moment makes no sense."

"If an ideology as mad as ISIL can appeal to a certain section of the population we have a huge cultural problem."

Jihadi John’s past has ignited a debate about Britain's treatment of Muslims https://t.co/cL3JnM0jUg @UK_CAGE

CAGE's director Asim Qureshi, who works with those under investigation by counter-terrorism units, was highly critical of the intelligence authorities treatment of Emwazi.

"We have created an environment where security agencies can act with impunity and destroy the lives of young people," Mr. Qureshi said.

The group had worked with Mr. Emwazi since 2009 and tried to help him return to his country of birth, Kuwait, to live, after being told he would no longer be allowed in the country.

.@martinchulov: Mohammed Emwazi 'the best employee we ever had', says former boss in Kuwait http://t.co/yLkSWt2BHP

Mr Qureshi said that Emwazi undertook the "most incredible, persistent efforts" to try and leave the UK by legal means, before he eventually fled to the Middle East in 2013.

British Teens and Jihadi John: One Way Ticket to Jihad