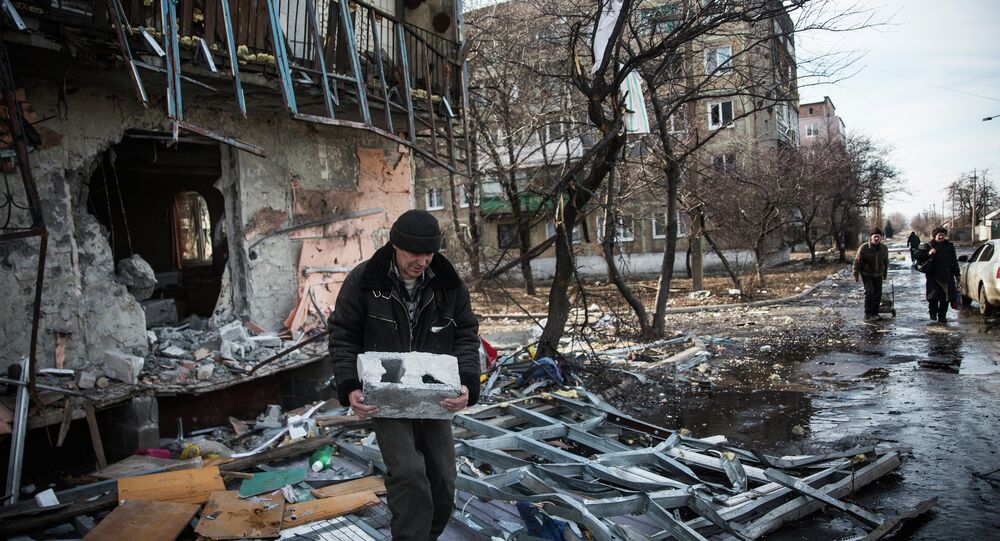 The Donetsk city administration stated that the city would send the humanitarian aid for the city of Debaltseve within the framework of charity 'Kind Neighbors' on Monday.

“On Monday, March 2, at 9:00 a.m. local time [06:00 GMT] from the Donetsk city administration building, the humanitarian convoy will depart with the aid collected by the city volunteer center in the framework of charity 'Kind Neighbors',” the administration representatives told the Donetsk news agency.

Earlier, Donetsk already sent dozens of tons of humanitarian aid to Snezhnoe, Torez and other towns in the self-proclaimed Donetsk People’s Republic.

Debaltseve, a key transport hub located on the border between the two Ukrainian regions of Donetsk and Luhansk, has been highly contested lately by independence militia and Kiev government troops.

Shelling of Debaltseve continued even after the ceasefire came into force in the region on February 15.

After days of violent confrontation, in late February Ukrainian President Poroshenko announced a successful withdrawal of over 2,000 Kiev-led troops from Debaltseve. The following day, militias claimed gaining control of the town.