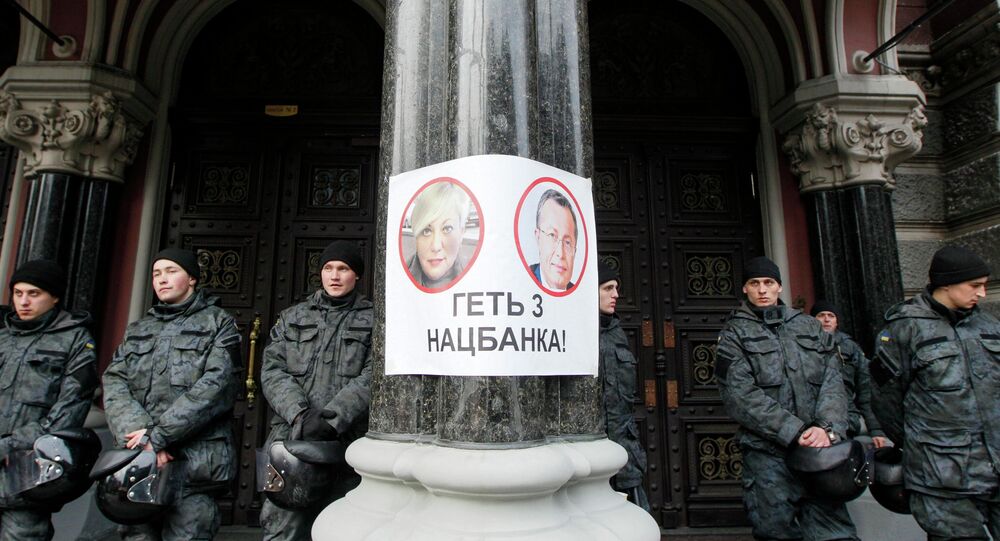 A year after the Euromaidan when activists blamed Yanukovych's government for the excessive use of force against protesters, new Ukrainian authorities take a step further: the video shows the riot police dispersing the crowd of mostly women and retired-aged men using batons and threatening to open fire.

The government of Petro Poroshenko used heavily-armed riot police to disperse a crowd that gathered in central Kiev to show their dissatisfaction with the government’s cost-cutting measures; to show the seriousness of their intentions the police threatened to shoot at the crowd, if anyone attacked them.

The new video posted on YouTube shows riot police using their batons against the crowd of mostly women and retired-aged men.

“We were not doing anything illegal, we are just standing here,” someone from the crowd yelled at the policemen.  But these words were not enough for the masked men of the Poroshenko’s government, as they started to disperse the peaceful demonstrators, grabbing their banners and pushing them away.

“Whoever is going to touch us, we’ll shoot right away,” the policemen repeatedly screamed at the crowd.

The actions of the current Ukrainian president are drastically different from those of his predecessor Viktor Yanukovych. The former Ukrainian president, who was overthrown following the coup last year, ordered his riot police not to use force or shoot at the protesters even though the crowd at the Maidan Square last year was a lot more aggressive, throwing Molotov cocktails at the law enforcement officers.

It has been a year since the change of government in Kiev. There is a different government and a different president, but overall the situation in the country has not improved. In fact, it has gotten a lot worse: the economy is on the verge of collapse, the war in the east drags on and this time Ukrainians are not as free to show their discontent and demonstrate against the current government.