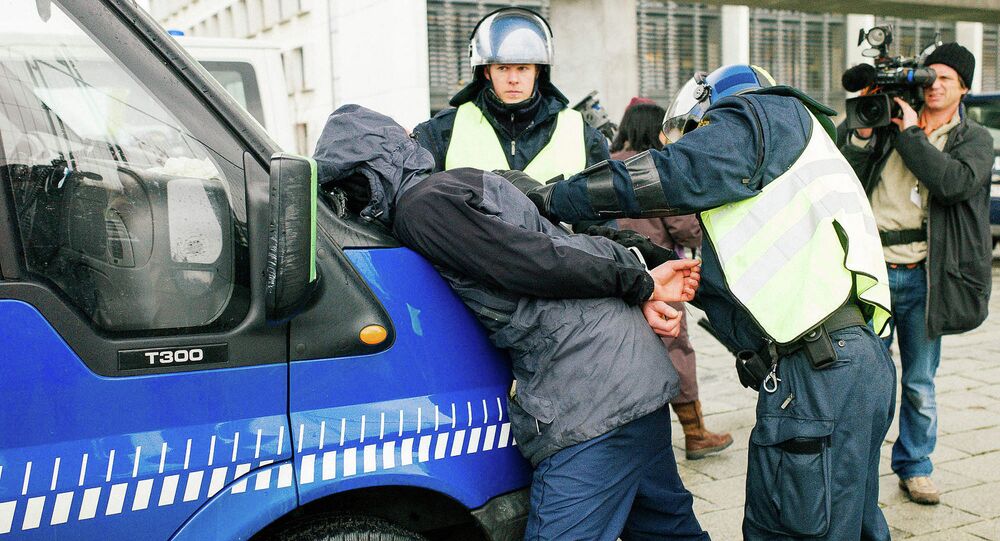 Danish Police Arrest Nearly 100 in a Crackdown on Human Traffickers

Danish National Police arrested 95 people in a crackdown on a suspected human trafficking network on Denmark’s Zealand and Lolland-Falster islands.

"The operation is over. We have the people we need, we think. We still need to verify the identity of some of them," police inspector Karl Erik Agerbo was quoted as saying by Fyens Stiftstidende on Wednesday.

Among those arrested, 22 were charged with human trafficking, fraud and forgery.

Only two of the detained – a lawyer and an accountant arrested for tax evasion and fraud – are Danish nationals, according to the inspector.

The persons who are not suspected of human trafficking are likely victims in the case, according to police, who believe that their identities could have been misused to commit crimes.

Police estimate that around 300 people, mainly Romanian nationals, may have been exploited, with criminals obtaining as much as 54 million Danish krone ($8,2 million) in the scheme.

Human Trafficking Cases in Ukraine on the Rise: Council of Europe