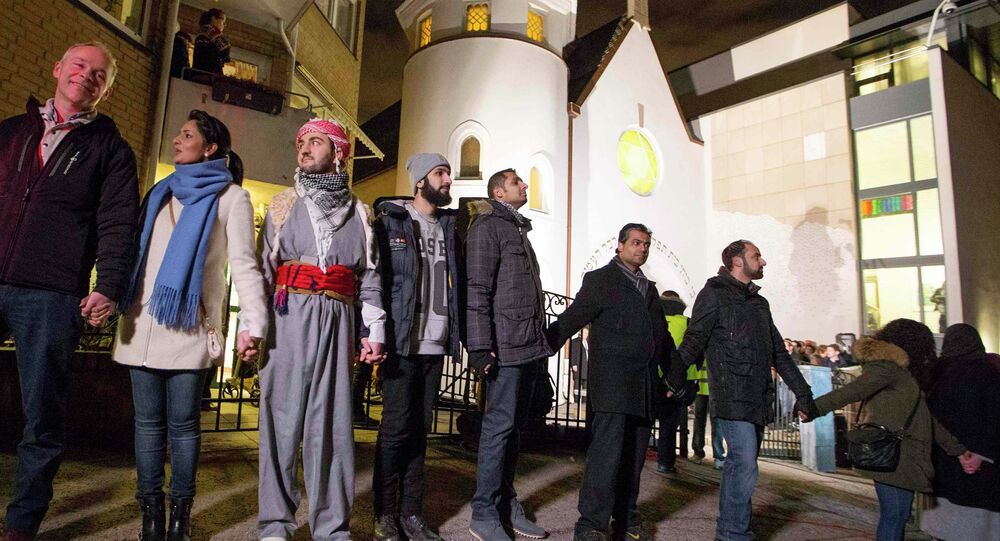 More Than 1,000 Muslims Form 'Ring of Peace' Around Oslo Synagogue

The vigil was held in the wake of recent attacks against Jews in France and Denmark.

More than a thousand Norwegian Muslims joined hands to form a "ring of peace" outside Oslo's main synagogue in a bid to counter rising anti-Semitism in Europe.

1300 Muslims link hands in a Ring of Peace around Jewish synagogue in Oslo. Best news from Europe all year. pic.twitter.com/CnsrbC3o1c

The vigil was held in the wake of recent attacks against Jews in France and Denmark.

The organizers praised those, who took part in the initiative that attracted as many as 1,400 people, according to some estimates. "You have truly helped make this event into a worthy and decisive blow to hatred, racism, extremism and in particular anti-Semitism," Thomas Holgersen Daher Naustdal said in a post on the event's Facebook page.

What's more representative of a community? A 22 yr old gang member or thousands who formed the #RingOfPeace?

"We sincerely hope that this can inspire others to do the same, and that this is a small step towards dialogue and community building between Jews and Muslims," he added.

Young Muslims, who came up with the idea to organize a "ring of peace" in Oslo, sought to condemn radicals, carrying out attacks against Jews, and show that Islam aims "to protect our brothers and sisters, independently of what religion they belong to," the group said on Facebook.