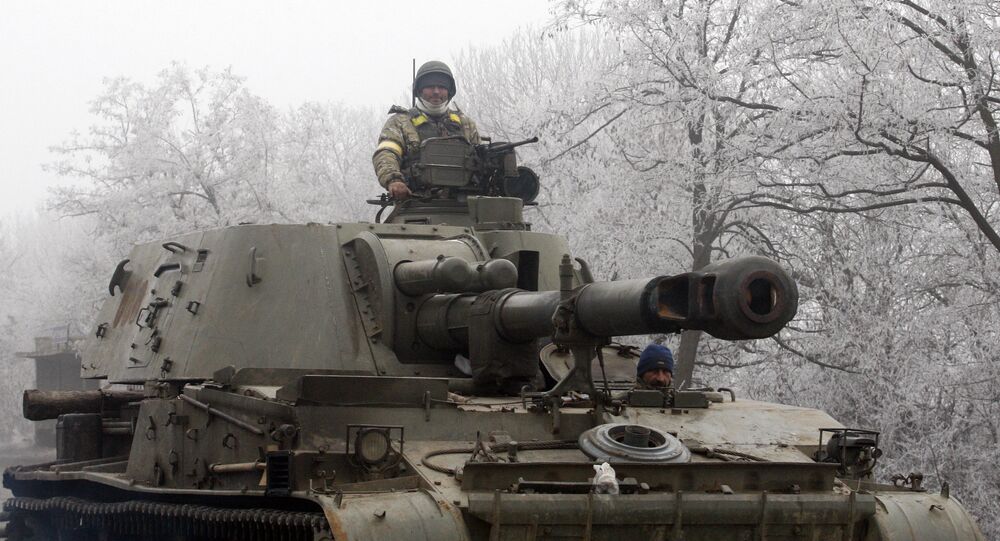 Ukrainian deputy foreign minister claimed Kiev was preparing for a "full-scale" war and urged Canada to send lethal assistance to the country in a radio interview.

© Sputnik / Nikolay Lazarenko
Poroshenko to Introduce Martial Law in Ukraine if Ceasefire Shattered
Ukrainian Deputy Foreign Minister Vadym Prystaiko said in an interview with Canadian radio that Kiev was getting ready for a full-scale war.

"We don't want to scare everybody, but we are preparing for full-scale war," Prystaiko claimed.

He also called on Canada to send lethal arms to Ukraine adding that the country has been training Kiev forces during the last ten years.

On February 12, the leaders of Russia, Ukraine, Germany and France hammered out a deal on the Ukrainian reconciliation. The supply of lethal aid run counter to the Minsk agreements on Ukrainian reconciliation, signed in Minsk, the capital of Belarus, on February 12. The agreements stipulate a ceasefire between Kiev forces and independence supporters in southeastern Ukraine.

© REUTERS / Baz Ratner
Debaltseve Symbolizes Capitulation of Kiev Forces - German Politician
Deputy foreign minister pointed out that Ukraine has lost its ties with Russia, which used to be accounted for a third of the country’s exports.

"Don't forget that the infrastructure in Donetsk is already devastated. We've lost at least 20 per cent of the industrial [output] of Ukraine. We've had to close the market with Russia, which is a third of our exports and imports. It's painful," he said.

Prystaiko commented on the situation in Debaltseve saying that "the biggest hub we ever had in the railroad is completely destroyed and devastated."

The town of Debaltseve, a key transport hub located between the two Ukrainian breakaway regions of Donetsk and Luhansk, has been highly contested lately by independence militia and government troops, even after the ceasefire came into effect at the end of last week.