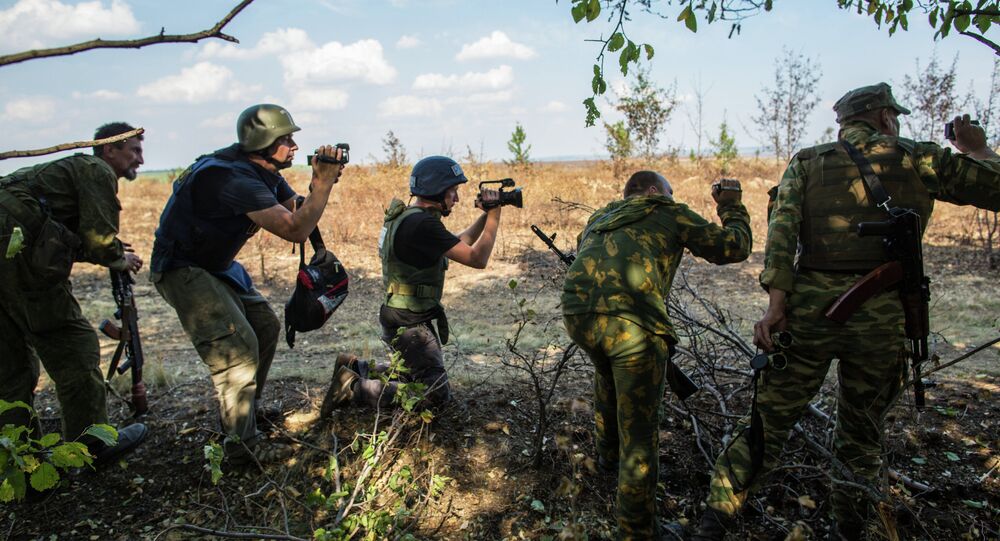 Russian information agency Rossiya Segodnya is in the Ukrainian blacklist, as well as all Russian TV channels.

© Sputnik / Vladimir Fedorenko
Security Service of Ukraine Prepares Blacklist of Russian Media
"Rossiya Segodnya is in the list, as well as all channels apart from Dozhd," a source in the SBU told RIA Novosti.

Earlier in the day, an SBU spokesperson told RIA Novosti that the list of Russian media to lose accreditation in Ukraine was prepared by the security service and passed on to the country's parliament.

Another source told RIA Novosti on Saturday that over 100 Russian media were to be deprived of accreditation.

Since the start of military confrontation between Kiev forces and independence supporters in last April, press freedom in Ukraine has been repeatedly violated, according to the Organization for Security and Co-operation in Europe (OSCE). A number of international journalists have been kidnapped, tortured and killed in Ukraine.