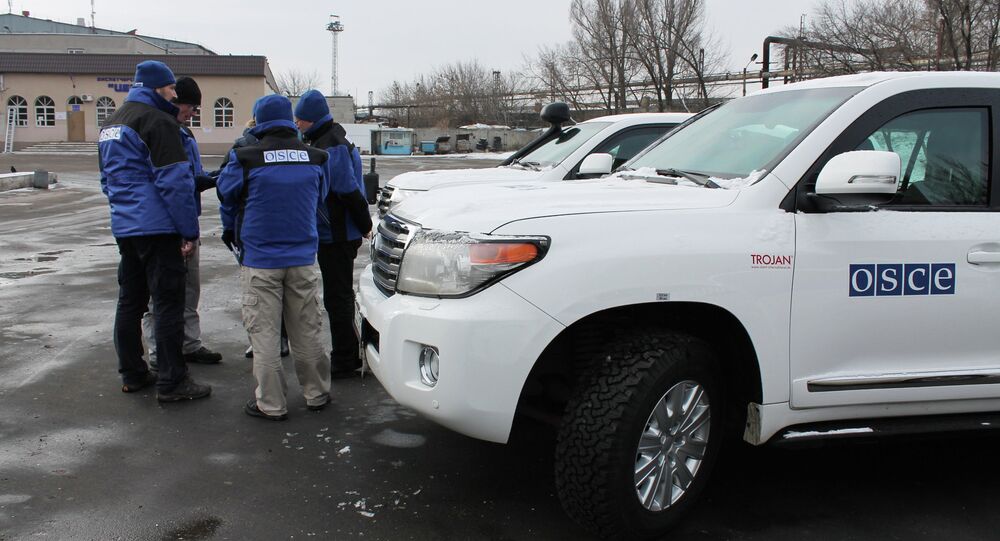 On February 22, the OSCE will be able to visit Debaltseve to monitor the situation in the eastern Ukrainian town.

"They [OSCE monitors] have not tried going there yet," Vladislav Deinego told RIA Novosti.

"Today, they submitted an application for February 22, and.. we will guarantee their safety, as we already fully control the situation there, and they will be able to travel there without any obstacles," he added.

© REUTERS / Baz Ratner
Debaltseve Symbolizes Capitulation of Kiev Forces - German Politician
The OSCE earlier stated that its monitors have been unable to visit Debaltseve. However, according to Deinego, OSCE monitors "have not tried going there yet."

The town of Debaltseve, a key transport hub located between the two breakaway regions of Donetsk and Luhansk, has seen heavy fighting between Kiev-led troops and local militia. Thousands of Ukrainian troops have been encircled in the town in recent weeks.

A renewed ceasefire agreement between Kiev and eastern Ukrainian militia, outlined during a meeting of the leaders of Ukraine, Russia, France and Germany last week, entered into force over the weekend.

Donetsk Ready to Hand Over up to 3,500 Dead Soldiers in Debaltseve to Kiev