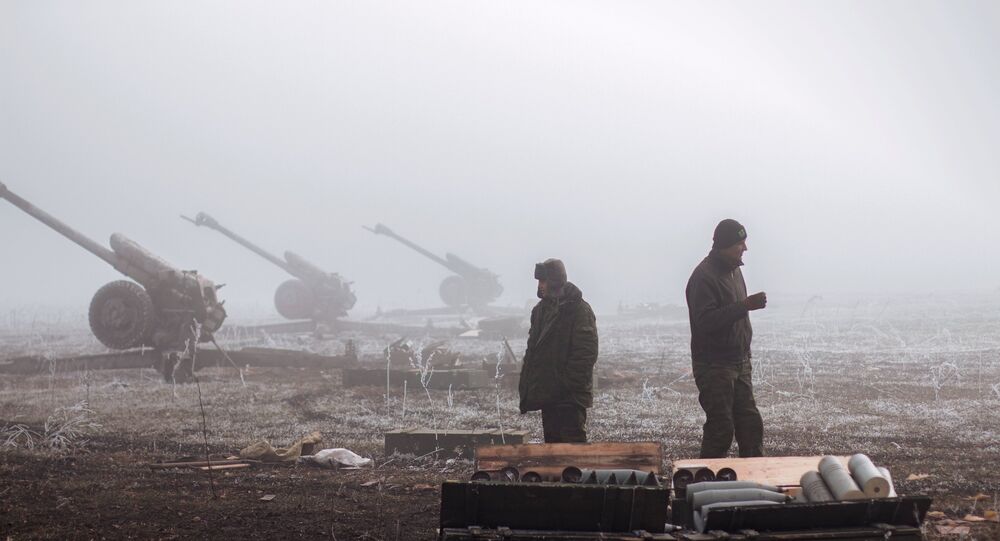 Journalists of some leading Western media were surprised to hear Ukrainian President Petro Poroshenko’s announcement that the retreat from Debaltseve is "a planned withdrawal".

The New York Times wrote that Poroshenko in his address to the people tried to misrepresent the actual situation near Debaltseve. In fact, the pullout of Ukrainian troops from the embattled city was shadowed by heavy casualties and was not well planned.

© REUTERS / Gleb Garanich
Donetsk Ready to Swap All Kiev Servicemen Captured in Debaltseve
The Telegraph also underscored that Poroshenko’s words do not match the development of the situation. Despite his announcement that the Ukrainian troops "gave a blow in the teeth to those who were trying to encircle them", in fact the organized withdrawal turned into "the trickle of exhausted men and battered vehicles".

According to journalist, it is quite difficult to determine the number of killed Ukrainian servicemen. However, he says citing a soldier from Donbas battalion that 10 percent of their 400 troops were killed, another 10 percent were captured. Meanwhile, Ukrainian President Petro Poroshenko said a total of six soldiers were killed, the newspaper wrote.

What do you think is the most important event of the week?
Voted: 1
All polls
The Guardian also noted that the withdrawal from Debaltseve was not organized and soldiers were fleeing from the besieged city. "The Ukrainian authorities insisted that Debaltseve had never been surrounded, but army medics and soldiers who escaped the city told the Guardian that shelling and mines along the road had cut off the flow of ammunition, supplies and ambulances to Debaltseve for more than a week", according to the article.

The Wall Street Journal described the withdrawal from Debaltseve in the same manner. "It wasn’t a withdrawal. A withdrawal is supported by artillery and along a planned route. They abandoned us," the newspaper cited one of the soldiers who managed to survive.

Most media outlets compared the retreat from Debaltseve with the situation near Ilovaisk and said this defeat seriously damaged the image of the Ukrainian military and government, including Poroshenko.

Donetsk Ready to Hand Over up to 3,500 Dead Soldiers in Debaltseve to Kiev