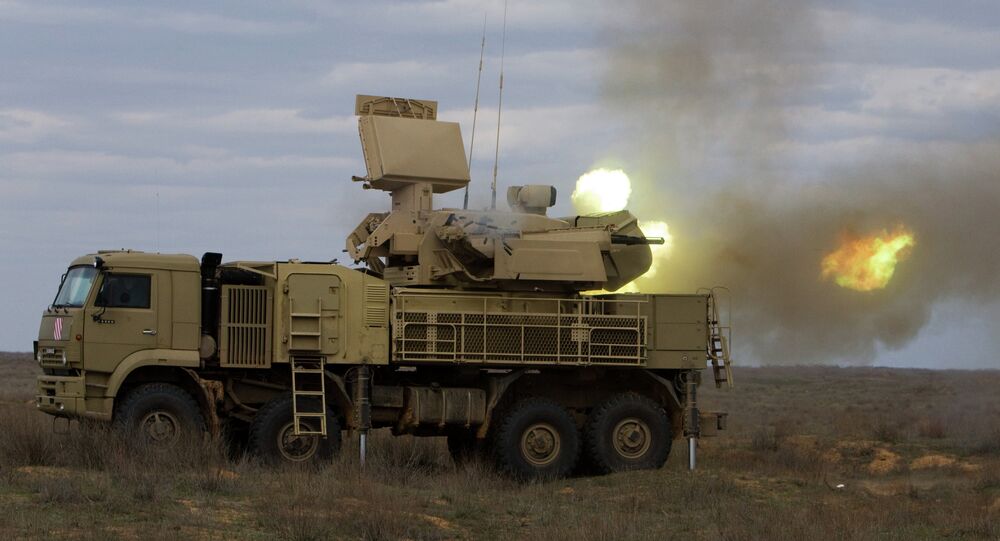 If You Can't Make It Fake It: UK Claims Russian Missiles in Ukraine

© Sputnik / Valeriy Melnikov
No Signs of Russian Military Activity Detected on Border With Ukraine
British diplomats released photographs on Wednesday of what they described as Russia's advanced anti-aircraft artillery system allegedly being used in eastern Ukraine, saying it was further proof of Russia's military involvement in the conflict.

Presence of SA-22 in #Ukraine is more proof of direct #Russian military involvement in the conflict — UK Perm Rep 1/2 pic.twitter.com/2xAxu1zTbg

Moreover, there is no visual proof that either the missiles were Russian or whether they were snapped on Ukrainian soil.

NATO
NATO Unable to Provide Proof of Alleged Russian Troops in Ukraine - Moscow
"The presence of the SA-22 in eastern Ukraine is yet more proof of direct Russian military involvement in the conflict," the British ambassador to NATO, Adam Thomson, said in releasing the pictures via Twitter.

He then urged Russia to “fully implement its Minsk commitments," and move its weapons out of Ukraine, referring to a truce agreement signed last week in Minsk.

One of the photographs where the time and place it was taken are missing, offers a general picture of the Pantsir complex, while three others, dated December 24 and February 4 and 5, indicate they were made in the eastern Ukrainian cities of Shakhtarsk and Donetsk.

The photos shown there feature a truck-mounted missile complex, reminiscent of the Pantsir SA-22. Finding out just when and where those photos were actually taken proved a mission impossible.

Further linked was the webpage of the Billingcat investigative journalism group and showed a KAMAZ truck with a Pantsir-like unit sitting on top.  The photo, made on a misty day against the backdrop of a concrete wall and some trees, only says, without elaborating, that it was taken in Shakhtarsk.

© AP Photo / Dmitry Lovetsky
OSCE Head Confirms No Russian Troops in Donbass
Which is surprising, because the very same photograph, which appeared on other websites, indicates it was taken on January 23 in Russia’s very own Rostov region.

In a similar story, a Guardian journalist behind a report claiming Russian forces shelled Ukrainian positions from within the Russian Federation turned out to be a research fellow with CENTRIC, a UK based security and intelligence organization based at Sheffield University with close links to the British intelligence community.

Eliot Higgins co-wrote an article Tuesday along with Guardian Diplomatic Editor Julian Borger under the headline "Russia shelled Ukrainians from within its own territory, says study".

The article details the work of "the Bellingcat investigative journalism group" but fails to mention that Higgins is the founder of the Bellingcat group and partly wrote the study he was reporting on for The Guardian.The article makes no reference to Higgin's links to the group.

CENTRIC's website boasts that the organization works in "close collaboration in security research and activity started between Sheffield Hallam University and Law Enforcement Agencies" and whose board comprises of individuals from UK policing and the British intelligence community.

Such “material proof” of Russia’s military involvement in the armed conflict in Eastern Ukraine has been the butt of many jokes in the West itself.

Russia, for its part, has consistently denied repeated Western accusations of it allegedly supplying arms to independence supporters in eastern Ukraine.