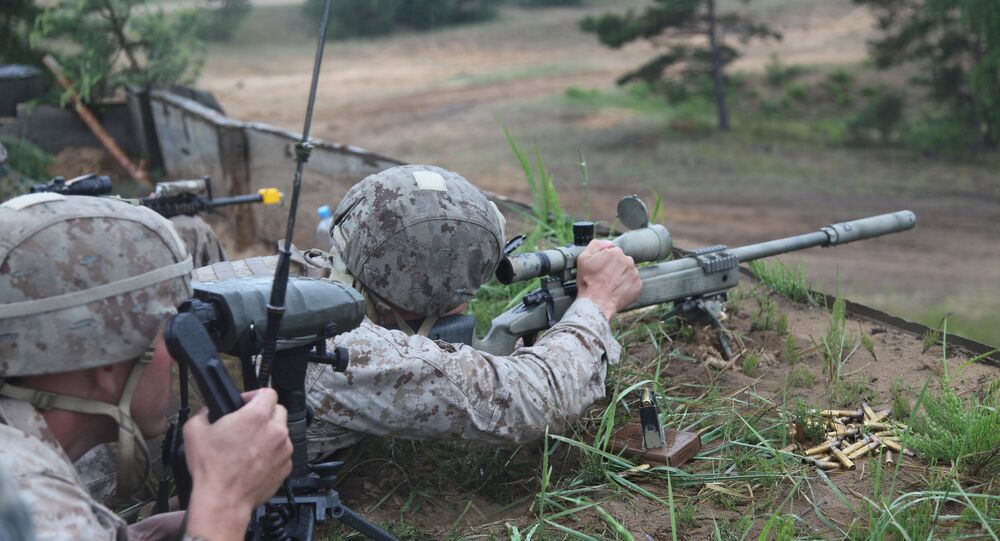 Russia Not a Threat to Baltic States - Latvian Defense Minister

Latvian defense minister said that NATO and EU members needed to be prepared for the possible use of conventional or hybrid warfare against them adding that Russia is currently not a threat to the Baltic countries.

RIGA (Sputnik) – Russia is currently not a threat to the countries in the Baltic region, but could possibly use conventional or hybrid warfare, Latvian Defense Minister Raimonds Vejonis said Thursday.

© CC BY 2.0 / USAFE AFAFRICA
NATO Chief Admits Russia Poses No Threat to Baltic States, Eastern Europe
“I can say that me being the minister of defense of the Republic of Latvia, we don't see these threats,” Vejonis said during an informal meeting of defense ministers in the Latvian capital of Riga.

Vejonis added that Russia may in the future use a conventional or hybrid type of warfare against other countries and that NATO and European Union countries need to be prepared to react to all probable scenarios.

“We are ready and we will be ready,” he said.

© AP Photo / Cliff Owen
Senator McCain Says Lack of US Forces in Baltics Could Mean ‘End of NATO’
Following Russia’s reunification with Crimea last March and the start of an internal armed conflict in Ukraine’s southeast in April, NATO began boosting its military presence near Russia’s borders, including in the Baltics.

The alliance has accused Russia of sending troops and equipment to Ukraine’s war-torn Donetsk and Luhansk regions, claims Moscow has repeatedly denied.

Earlier in February, NATO announced that its Rapid Response Force would be increased from 13,000 to 30,000 military personnel, and six new command posts would be created in NATO states close to Russia.