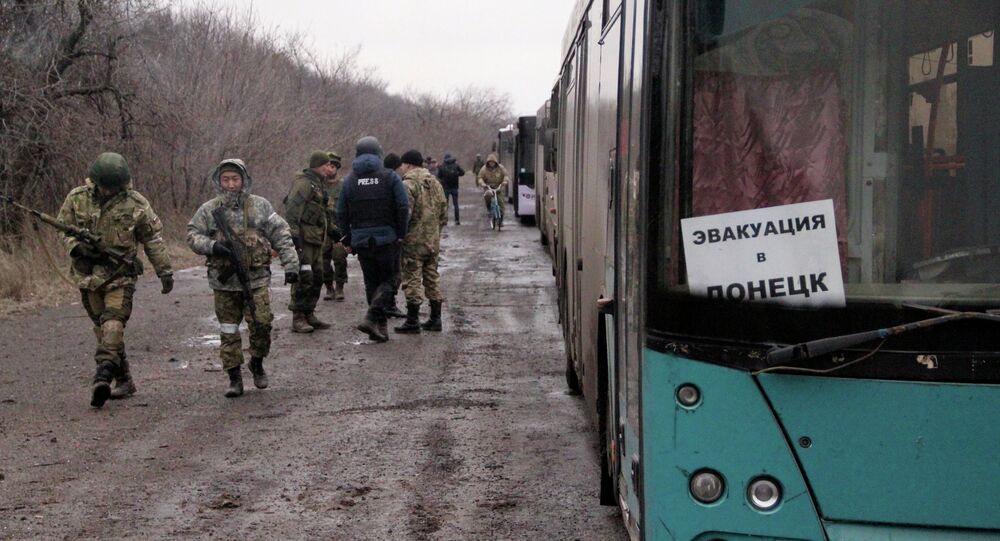 The transport ministry of the self-proclaimed Donetsk People’s Republic (DPR) announced Tuesday that evacuation of civilians will continue from the town of Debaltseve, where thousands of Kiev troops are encircled by DPR forces.

‘This morning, Donetsk leader [Alexander] Zakharchenko ordered to send transport and evacuate all civilians who are still in Debaltseve. People have long been hiding in their basements, without access to food, electricity, water and heat,” the ministry’s press service said.

Five buses have been sent to the area earlier in the day.

About 10,000 Kiev-led troops remain encircled by pro-independence militia in Debaltsevo, one of Ukraine's biggest railroad junctions. On Saturday, Zakharchenko said the ceasefire does not apply to Debaltsevo, which is not located on the the line of contact between the warring sides.

Earlier this month, both Kiev and independence supporters started evacuating civilians from Debaltsevo, which has become a hotspot for clashes.