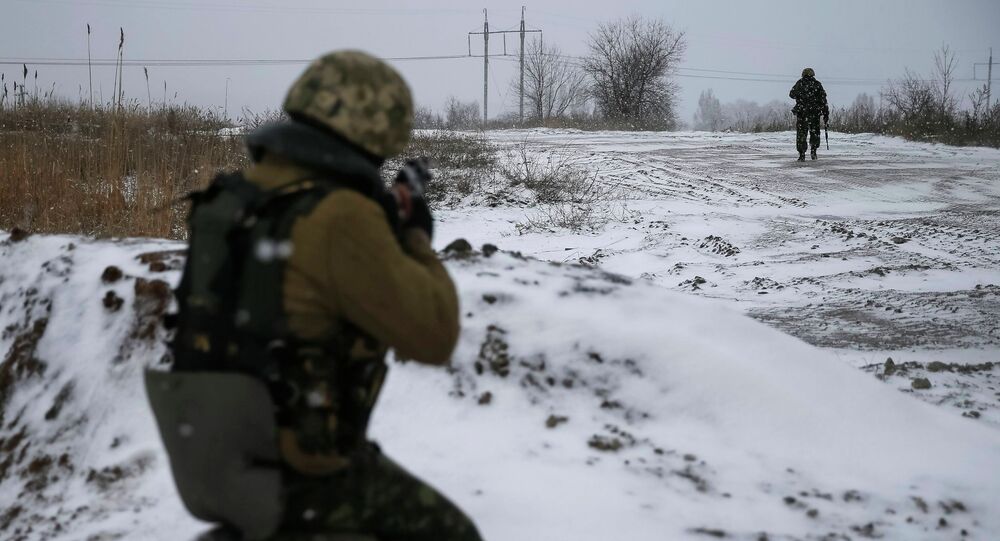 An RT camera crew has been shot at due to sniper crossfire in eastern Ukraine.

© REUTERS / Shamil Zhumatov
Ukraine Most Dangerous Country for Journalists in 2014: Reporters Without Borders
An RT camera crew was shot at as sniper crossfire intensified in eastern Ukraine, just two days after the announcement of an official ceasefire, sources say.

The incident took place when the team traveled to the town of Uglegorsk, located about 14 kilometers away from the main battleground of Debaltseve.

Ukrainian snipers prevented the team from moving further, despite the fact that there were Press signs on the camera crewmen's outfits.

There was no immediate word on casualties.

Despite a ceasefire agreement coming into force two days ago, sporadic fighting persists in some areas of  eastern Ukraine.