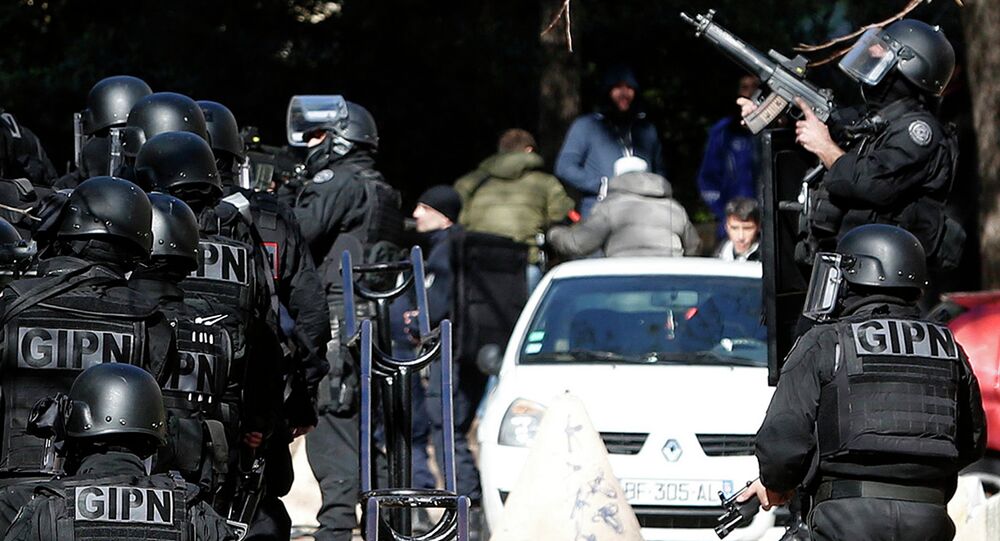 Two suspects in Kalashnikov shooting in Marseille are arrested and will stand trial.

© REUTERS / Jean-Paul Pelissier
Hooded Gunmen Open Fire on Police in Marseille Ahead of French PM Visit
Two men suspected of firing Kalashnikov rifles in Marseille, France, during a visit by PM Manuel Valls on February 9, were apprehended by police on Monday. The two were captured in Saint-Denis, a Paris suburb, and will be transported to Marseille to stand trial.

Kalashnikov shots were heard right ahead of the visit of the Prime Minister of France to the city of Marseille, on the previous Monday. Two hooded gunmen exchanged fire with police in one of the city’s districts along the PM’s designated route to a venue where he was to set to discuss fighting crime in gang-plagued Marseille.

Fortunately, no one was harmed, but the suspects both managed to get away.  Soon after the shooting, police raided the suspects' apartment finding seven Kalashnikov automatic rifles and several kilograms of cannabis. However, the occupants never returned to the flat and a country-wide search was initiated, resulting in the detention of the two men in the Paris suburb.