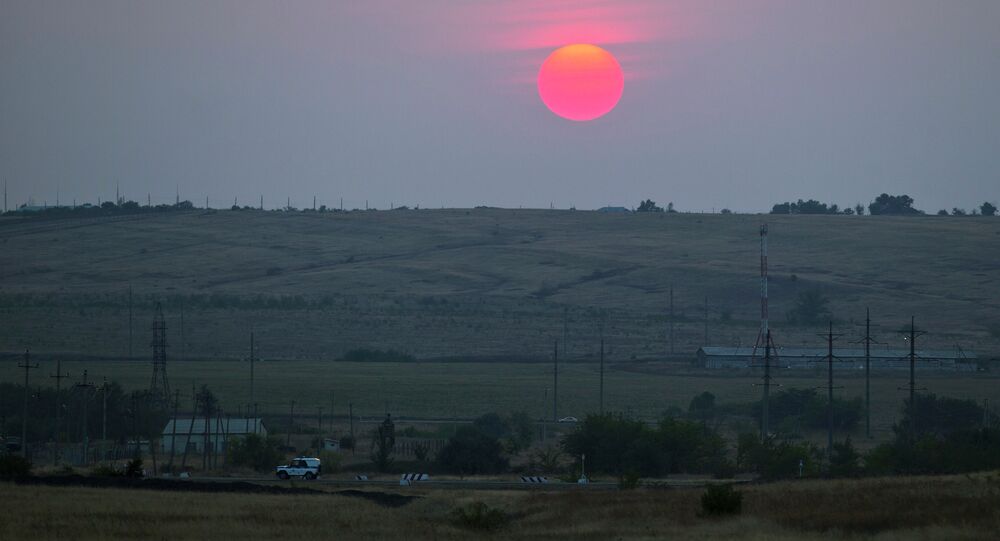 Russian Defense Ministry said that representatives of the Armed Forces of Ukraine will inspect part of Russia's southern Rostov Region, which borders Ukraine.

MOSCOW (Sputnik) – Representatives of the Armed Forces of Ukraine will inspect part of Russia's southern Rostov Region, which borders Ukraine, the Russian Defense Ministry has announced.

"In line with the 2011 Vienna agreement on measures of strengthening trust and security, in the period of February 9-12, the Defense Ministry of the Russian Federation will allow representatives of the Armed Forces of Ukraine to inspect the area in the south of Russia," a statement, released by head of Russia's National Nuclear Risk Reduction Center Sergei Ryzhkov Tuesday, said.

© Sputnik / Valery Melnikov
PACE Refugees Committee Delegation Visits Rostov Region
According to Ryzhkov, the territory that will be under inspection by the Ukrainian side is located in the Rostov Region and its area is about 15,000 square kilometers (9,320 square miles).

Such inspections are carried out regularly to determine the extent of existing military activity, which falls under notification requirements, or to confirm the absence of such activity within a specific area, Ryzhkov explained.

The previous inspection under the Vienna agreement was conducted by Ukrainian military specialists in March, 2014 in the Belgorod and Kursk regions of Russia. No violations on the part of the Armed Forces of the Russian Federation were detected.

The Rostov Region is where Russia has been putting together the humanitarian aid convoys that it regularly sends to the crisis-torn southeastern Ukraine.