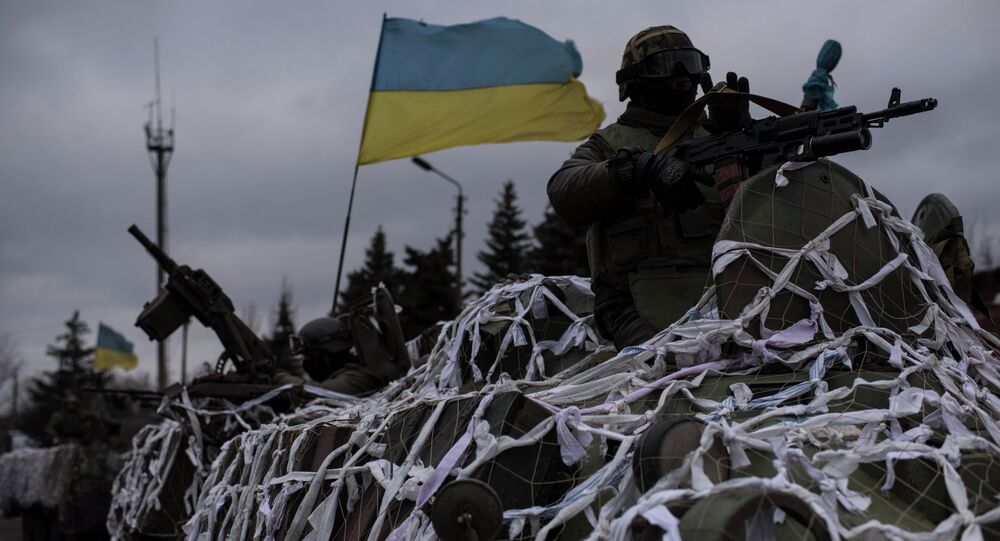 Pro-independence fighters in eastern Ukraine say they have intercepted conversations between international mercenaries in Debaltseve speaking in four different languages – English, Polish, French and some Flemish.

© Sputnik /
Still Not a War? German Intelligence Puts Ukraine Death Toll at 50,000
Pro-independence fighters say there might be some foreign mercenaries among the pro-Ukrainian combatants who have been encircled near the city of Debaltseve between Donetsk and Luhansk.

“We have intercepted the talks in four different languages,” Donetsk Peoples Republic (DPR) deputy of defense Edward Basurin told the journalists on Monday.  “Those are English, Polish, French and some Flemish.”

“At the same time, we do not have in [our] possession any personal belongings which could serve as proof,” he added. “As soon as we get any we will show them to you.”

Edward Basurin has previously said that the Ukrainian forces try to destroy any proof that there are international mercenaries fighting for the Ukrainian troops. However the DPR fighters have already got some indirect confirmation of the involvement of foreign fighters. On January 23, a representative of the pro-independence commanders said that they have discovered communication equipment and phonecards which are not being used in Ukraine.

© Flickr / Giampaolo Squarcina
European Governments Step Out Against US Arms to Ukraine, Warn of Possible Escalation
Debaltseve is a key transportation city in the Donbas region and is now the scene of the largest battles of the Ukrainian conflict.

German intelligence has recently estimated that the death toll in the southeast of Ukraine has mounted to 50,000 people, ten times the officially-announced figure which has repeatedly been cited in the press.

US Arms Deliveries to Ukraine Would Escalate Conflict – Austrian FM