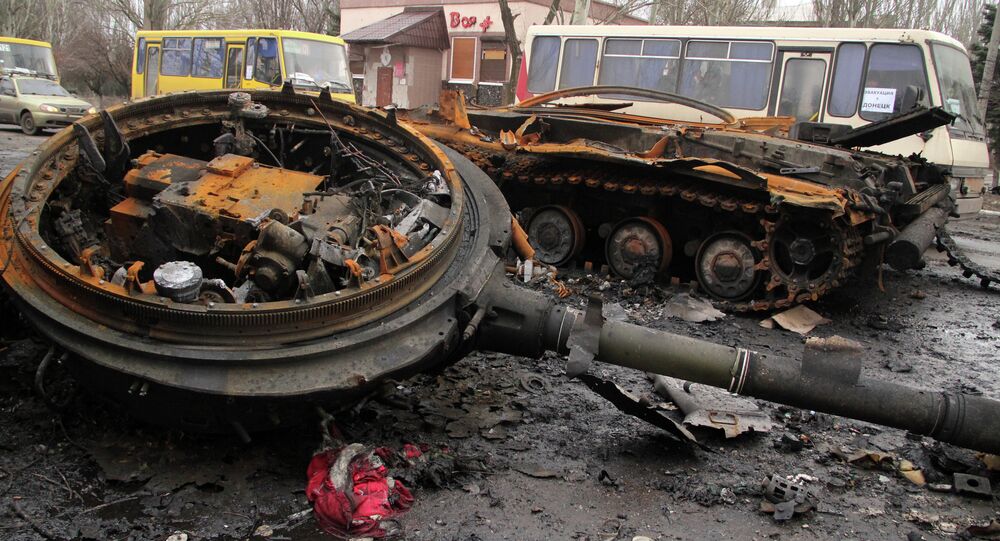 German intelligence estimates that the death toll in the southeast of Ukraine has mounted to 50,000 people, ten times the officially announced figure which has repeatedly been cited in the press.

© AP Photo / Matthias Schrader
McCain Attacks Merkel for Refusal to Supply Lethal Weapons to Ukraine
German intelligence estimates that the total number of people who have been killed in Ukraine is almost 50,000, including both civilians and the military, the German media reported on Sunday.

Speaking at a Munich Security Conference on Saturday, Ukrainian President Poroshenko said that 1,200 combatants and 5,400 civilians have been killed during the conflict.

The September 2014 Minsk agreements envisaged a ceasefire between Kiev and pro-independence fighters in southeastern Ukraine, an all-for-all prisoner exchange and the withdrawal of heavy weaponry along the line of contact.

Do you believe Putin, Poroshenko, Merkel and Hollande can put an end to the violence in Ukraine?
Voted: 1527
All polls
Despite the professed ceasefire, fighting in southeastern Ukraine's Donbas region intensified during the first weeks of January.

Several outspoken US Senators have repeatedly called for the provision of lethal assistance to Kiev, while a number of European states, including Finland, France and Italy, have opposed this option.

Speaking in Munich, Russia's Foreign Minister said that the plans of the United States to supply weapons to Kiev may disrupt the settlement of the Ukrainian conflict.

"Plans to supply military equipment and weapons to Kiev, that are being discussed in Washington, are fraught with unpredictable consequences and bear a threat of disrupting the efforts of political settlement of the conflict in the southeast of the country," the Russian foreign minister said.

Meanwhile, US Senator John McCain has criticized German Chancellor Merkel for not agreeing to supply lethal arms to Ukraine..