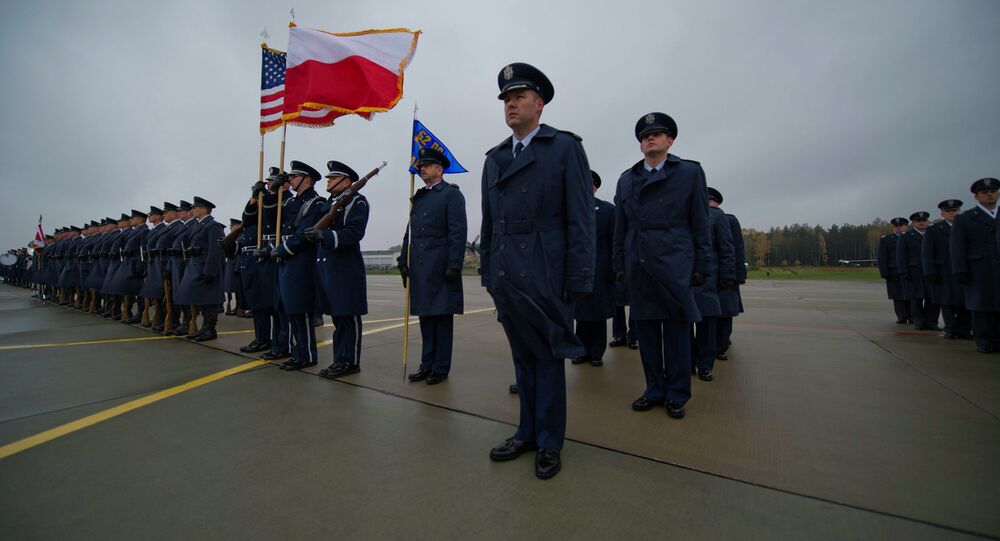 NATO Secretary General Jens Stoltenberg has acknowledged that there is no immediate threat to the Baltic states and Eastern Europe coming from Russia.

© AFP 2020 / CLAUS FISKER / SCANPIX DENMARK
NATO to Nearly Triple Size of Its Response Force (VIDEO)
Jens Stoltenberg sees no immediate threat posed by Russia to the Baltic States, Poland, Bulgaria and Romania. He said as much when fielding media questions on the sidelines of Thursday’s meeting in Brussels of the defense ministers of the 28 NATO countries.

Asked whether he saw any real danger of "Russian aggression" against the Baltic countries, Poland, Bulgaria and Romania, Stoltenberg said the alliance’s ongoing effort at strengthening its effective military presence in Eastern Europe was a purely defensive action that responded to Russia's stance on Ukrainian crisis and was consistent with the "international obligations" of the Atlantic Alliance.

© AP Photo / Virginia Mayo
NATO Says to Set Up Joint Training Center in Tbilisi, Georgia
The North Atlantic Alliance has, on many occasions, blamed Russia of meddling in Ukraine’s troubled east, making unsubstantiated claims about Moscow alleged arms supplies for the independence supporters and even Russian troops were actually fighting on Ukrainian soil.

Moscow has consistently denied the charged insisting that it is in no way involved in the Ukrainian crisis and seeks a quick end to the country’s political and economic turmoil.

Ukraine Must Conduct Reforms Before Applying for Membership: Stoltenberg