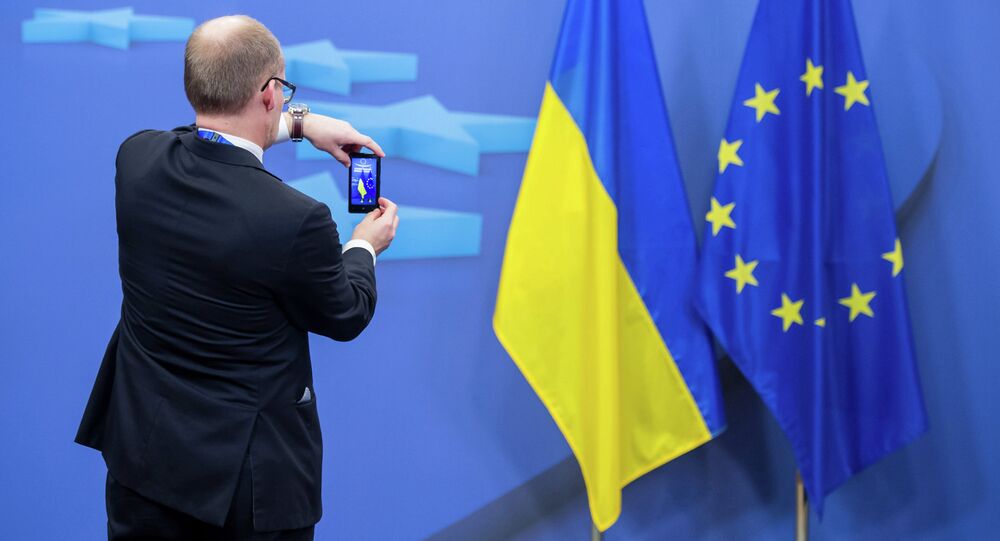 Ukraine’s ex-Premier Nikolai Azarov insists that European Commission representatives pushed him hard to sign an association agreement with the EU, threatening a government change in Kiev.

© Sputnik / Andrei Stenin
US, Russia, EU Facilitated 'Power Transition' in Ukraine
MOSCOW, (Sputnik) – Briefing reporters in Moscow on Wednesday Nikolai Azarov said he was repeatedly told by European Commissioner Štefan Füle that “if we did not sign the accord then it would be signed by another government.”

“I have never once heard (Vladimir) Putin or (Dmitry) Medvedev telling me that if I did sign off on the agreement, we would have a different Cabinet and a different president, but this is exactly what I heard from Mr. Füle,” Azarov added when asked whether  the Russian authorities had been pressuring him not to ink the EU association deal.

Ukraine signed the EU association agreement in Brussels on June 27. The bulk of the accord took effect November 1, with the clause on establishing a free trade zone with the European Union slated to take effect on January 1, 2016.

The association deal provides for closer economic ties between Ukraine and the EU, harmonization of legal norms and the creation of a free trade zone between the two.

As a whole, the document will go into force after being ratified by the parliaments of all the 28 EU member states.  So far the agreement has been ratified by Poland, the Czech Republic, Slovakia, Hungary, Romania, Bulgaria, Estonia, Latvia, Lithuania, Sweden and Malta.

US Encourages Ukraine to Take Civilian Casualties ‘Into Account’