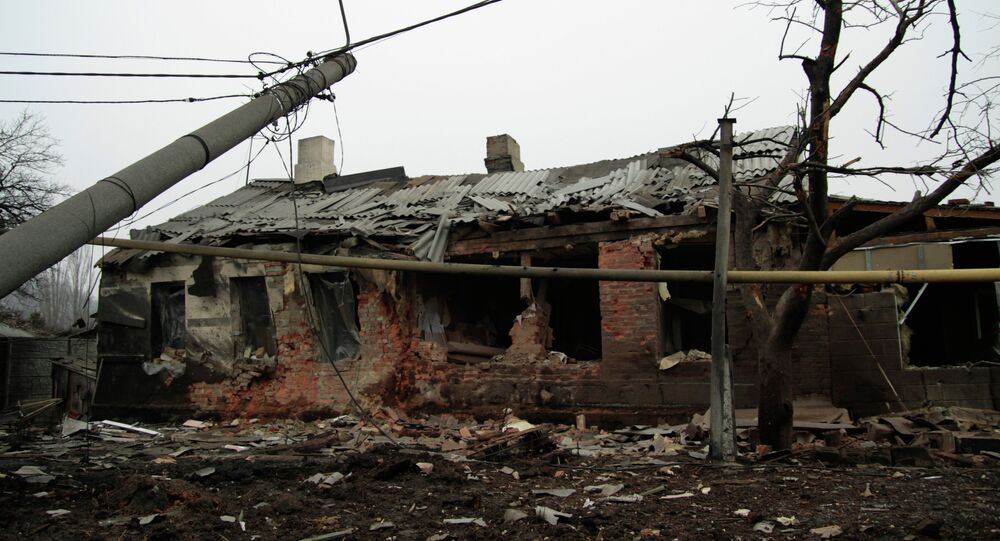 More than 5,300 people have been killed and 12,000 injured since the beginning of the Ukrainian conflict, according to the UN Office of the High Commissioner for Human Rights.

© AFP 2021 / Brendan SMIALOWSKI
Former US Officials Urge Washington to Send Lethal Military Aid to Ukraine
GENEVA, (Sputnik) – More than 5,300 people have been killed and another 12,000 injured since the beginning of the armed conflict in eastern Ukraine, the press secretary for the UN Office of the High Commissioner for Human Rights (UNHCHR) said Tuesday.

According to the UNHCHR press secretary, Ravina Shamdasani, the number of those killed is in excess of 5,358 with 12,235 injured.

In September 2014, the warring sides agreed to a ceasefire during a Contact Group meeting in Minsk, mediated by Russia and the Organization for Security and Co-operation in Europe (OSCE). Since that time both sides have since reported truce violations.

The beginning of 2015 has seen a surge of violence in eastern Ukraine, with a rising death toll among the civilian population. The latest Contact Group meeting on January 31 failed to yield results on settling the crisis.