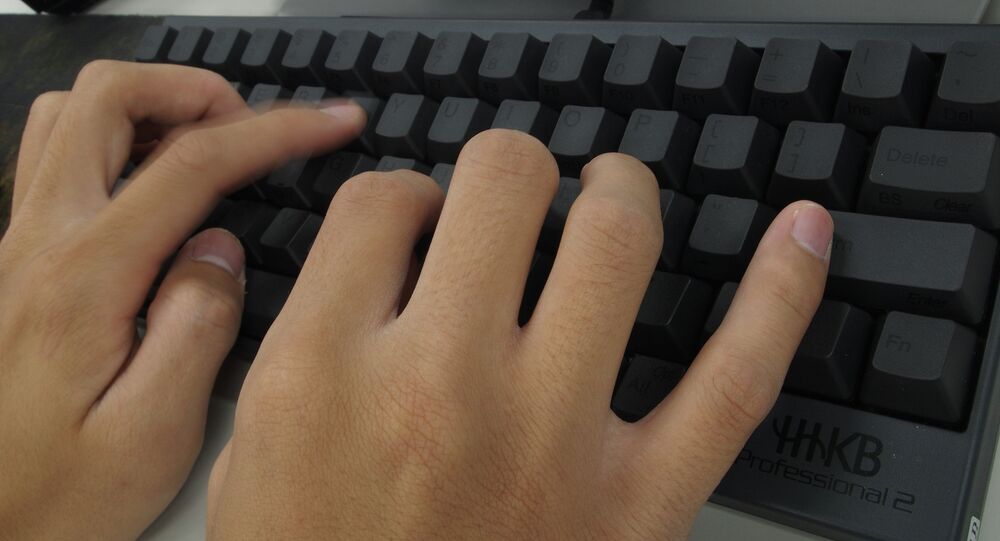 "The extremely broad and vaguely phrased prohibitions under this law appear to have no other purpose than to restrict online speech. The National Assembly should reject this problematic law," Lydia Gall, a Balkans and Eastern Europe researcher at Human Rights Watch, said in the statement.

On Tuesday, the People's Assembly, the legislative body of Respublika Srpska, will vote on the draft law on public peace and order introduced last week.

The law envisages extending existing public order laws on social media, though according to HRW, the new definition of public order violation is too vague. "Displaying images, symbols, drawings, or texts containing indecent, offensive, or disturbing content or engaging in rude or insolent behavior" (Article 7) or causing "a feeling of physical threat or disturbance among citizens" (Article 8) would be considered a crime. Breaking the law would lead to a fine of $58 to $464 or, in case of Article 8, imprisonment for one month.

© AP Photo / David Vincent
France's Freedom of Speech Challenged In Wake of Charlie Hebdo Attacks
On January 28, the Organization for Security and Co-operation in Europe (OSCE) Representative on Freedom of the Media Dunja Mijatovic warned the People's Assembly that the new law could be used to limit free expression on social media and urged its rejection. She added that OSCE was ready to assist in amending the text so it would be consistent with international freedom of speech standards.

Last week, the draft law was also criticized by local experts and opposition parties, accusing authorities of trying to censor social media. Opposition lawmaker Branislav Borenovic, of the Party of Democratic Progress, said the law could not be implemented as it did not conform to European legislation.