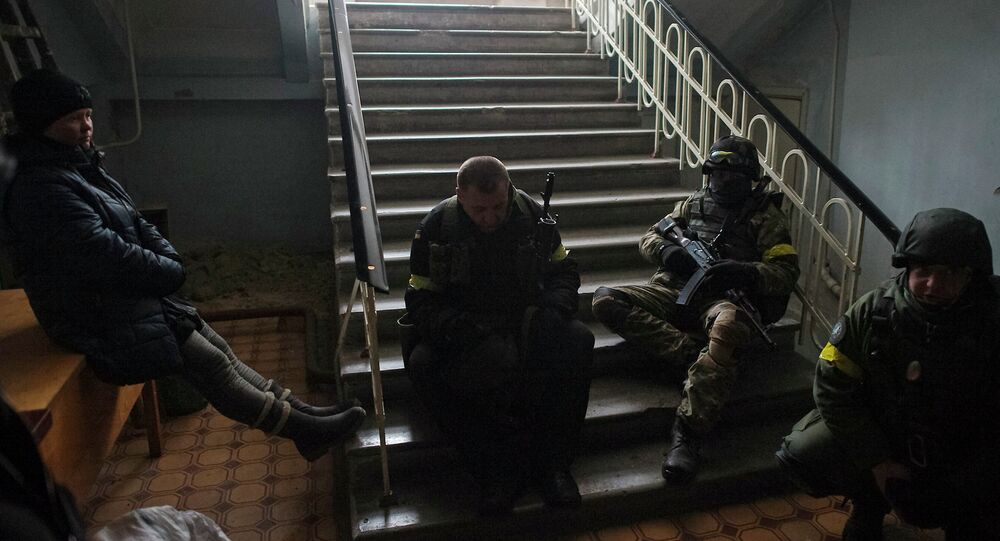 Alexander Zakharchenko, head of the self-proclaimed Donetsk People's Republic, promised to let the Ukrainian government soldiers surrounded near the town of Debaltseve go away.

© Sputnik / Sergey Averin
Donetsk Plans to Conscript 100,000 in General Mobilization
DONETSK, February 2 (Sputnik) — Government soldiers surrounded near the town of Debaltsevo in eastern Ukraine will be set free if they surrender of their own accord, the head of the self-proclaimed Donetsk People's Republic (DPR) said on Monday.

"I promise to let them go, let them surrender. They are our compatriots, the same Slavs as we are. They have been abandoned by their commanders," Alexander Zakharchenko said at a news briefing in Donetsk.

According to various reports, some 8,000 Ukrainian troops are believed to be surrounded near Debaltsevo, as pro-independence militia units have cut off the only road linking the pocket to Kiev-held territory.

© Sputnik / Viktor Tolochko
Diplomat Says Donetsk Has No Plans to Assault Mariupol
In recent days, some of the civilian population has been evacuated from Debaltsevo as the clashes between eastern Ukraine's independence supporters and Kiev forces intensified in the area. More than 2,000 people are said to have been evacuated from Debaltsevo and two other towns in the Donetsk Region amid hostilities.

Violence in Ukraine's eastern regions surged in the beginning of 2015. The Contact Group on Ukrainian reconciliation held its latest meeting on January 31 in an attempt to agree on a peaceful way of settling the crisis in the country, but the participants failed to reach an agreement.